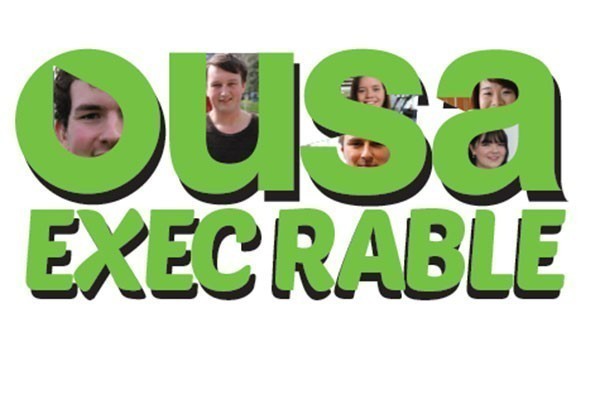 OUSA President Laura Harris will be away in the Chinese capital, Beijing, for three weeks from Saturday July 9, meaning she will miss the first three weeks of second semester.

Harris was selected for a leadership scholarship by Otago University, which will take place at Beijing Normal University. According to Harris, it will bring together “leaders from universities all over the world to improve our leadership skills and to work collaboratively on a research assignment.”

Harris told Critic that she “emailed the entire executive with the news [of her trip] over a month ago... wrote about it in my president’s column in Critic… [and] outlined my expectations during my time abroad at the most recent executive meeting.” However, correspondence with other members of the executive on the provision of anonymity has uncovered disillusionment towards  Harris in relation to their knowledge of the China trip. Two executive members informed Critic that our “email is the first time I... have had certainty around the dates that the President will be absent.” One continued, noting Harris’ email only said: “I was accepted for a leadership scholarship to China for three weeks in July.” The respondent stated that, “with the President going on leave for 3 weeks during such a busy time of year, you would expect clear communication about such a trip.”

Another member spoke of disillusionment after “she informed particular executive officers before others (in some instances weeks apart) [which is] completely inappropriate. She had multiple opportunities to make our team aware of her trip and chose not to.”

This saga is seemingly a continuation of the fractious first semester that the OUSA Executive experienced. The relationship between Laura Harris and Jarred Griffiths became increasingly sour despite originally running on a joint ‘Real Change’ ticket at last year’s OUSA executive elections. A statement released by Griffiths last semester noted that, “Laura and I have had a personal falling out and have struggled for several months to communicate with each other. This breakdown in communication stems from a range of personal issues.“

This breakdown has spread to include and affect the rest of the executive, and thus has inevitably impaired their ability to work collaboratively to advance the student interest both locally and nationally. Griffiths pointed to “closed door meetings, scheming and personal attacks” being present within OUSA’s executive. Indeed, last semester, rumours began circulating that Griffiths was organising a coup against Harris, although he quickly absolved himself from that movement.

With Harris abroad, presidential responsibilities will ironically be placed with Griffiths. Harris assured Critic that she will continue to work “in small part” on behalf of OUSA throughout her absence from campus.