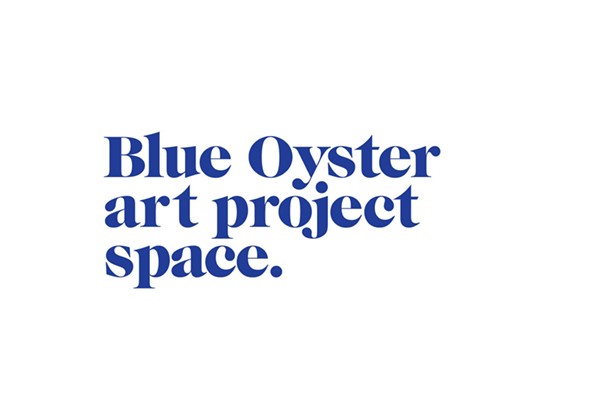 With her first exhibition opening as Director of the Blue Oyster Art Project Space just last Tuesday; Chloe Geoghegan is set to bring an exciting, fresh breath of life to Dunedin’s art scene. Loulou Callister-Baker caught up with Chloe to discuss Oxford, irrigation and earthquakes.

Something really embarrassing happened to me yesterday. Last night at the opening [of the exhibition titled When Your Neighbour’s Problems Become Your Own, see page 34], the new chair of the board for Blue Oyster introduced the show and me. After she described my background, everyone was silent – nobody said anything. It was the kind of moment where I should have just said, “As you were...” But instead I was thinking, “Wow, do I actually have to say something now?” Then all I could think of was how funny it would be if I said, “Hi, everyone ... I have no friends.” And that’s what I said ... It was so embarrassing! People told me afterwards that what I said was endearing. Now, I realise I should have something prepared. My position is a position of learning.

Can you describe your background?

I grew up in Wellington but I was really curious about the South Island, so I decided to study fine arts at Canterbury University’s Ilam. I was also attracted to the South Island because of affordability – when you go to art school, you need money to buy a lot of material. After art school I went travelling. I even went skiing in the Himalayas. Then, after two years of doing things like that, I was working at the Govett Brewster in Taranaki and I found the curating really interesting, so I went back to Canterbury to do a postgraduate diploma in art curatorship. On the second day of university was the earthquake, but this amazing thing happened where the university offered postgraduate art students the opportunity to go to Oxford University. I went to Oxford and studied curating on my own because they didn’t have a curating paper, so I just did an independent course of study for a trimester. Also, while I was overseas, I went to the Venice Biennale (the one that Michael Parekowhai was in). I went to multiple lectures including a talk by Glenn Lowry, who is the director of the Museum of Modern Art in New York. It was amazing! When I came back I did an internship at the City Gallery in Wellington because the paper I was taking had an internship component as well. I finished that then went back to my job at an irrigation shop selling sprinklers.

Yes ... it was very contemporary. Living in Christchurch that year was quite difficult; I wasn’t really into constantly tidying up sprinklers after every little quake, so I had to decide whether I was going to stay in this God-forsaken town and kill it, or leave and never come back. I decided to stay as a friend of mine and I were both interested in starting up a gallery space so we ended up setting up Dog Park Art Project Space, a concrete unit in the industrial district of Christchurch. We’ve had over 20 shows in the past two years by students, established artists, collaborations and residencies. We even had the space turned into a specialised car decalling workshop for an exhibition, kind of like getting your car specially spray painted, but with stickers like the ones you’d see on a Hilux or a Rav4. It’s been a lot of hard work over the past two years but, as I was saying before, learning all the time. The School of Life. But I’m not giving any hope to any art students here because we weren’t getting paid! We were spending money on it.

Now I’m using all of these experiences and bringing them to this space at the Blue Oyster (an actual paid position; they do exist). Ten years later after starting university, it’s really exciting to be in a position as director of a gallery, even if it’s just a little one!

Do you view yourself as bringing something different to the space than the previous director?

The previous director, Jamie, is a really good friend of mine – he’s been really great in presenting challenging works to the Dunedin community. He was amazing with funding and even moved the gallery from a basement to a street front. I’m interested in continuing what Jamie was doing and diversifying as well. I want to use all the good work that he did and push the Blue Oyster further into the professionalisation of a long-running project space.

I want to use this year to really immerse myself in Dunedin. I’ve never lived here before. I want to find out more about the place and use what I find curatorially and directively.

Does part of that involve visiting artists in their studios?

Studio visits are really important. It’d be great to help increase the profile of artists here and encourage people graduating from art school to challenge themselves and apply when the Blue Oyster has proposal rounds. I also want to bring national and international artists in who can show artists in Dunedin what’s out there and give them access to new things.

What are you personally interested in with contemporary art?

Emerging and experimental practice is my overarching interest and that’s why I am working in a place like Blue Oyster. I’m interested in collaborations. I’m also interested in artist-run spaces and social practice in a gallery – the conversations, the interactions, going to openings.

If students want to be involved, what do you recommend they do?

Email me at director@blueoyster.org.nz or visit me at the gallery on Dowling Street. Don’t feel shy about walking to the other side of town – we’re only two blocks away from the Octagon! We have a volunteer pool of people who pour drinks at openings, gallery sit, help with installing, have artists to stay, and photograph the art. I would also recommend coming to the openings – come in, have a drink, then go out for dinner afterwards!