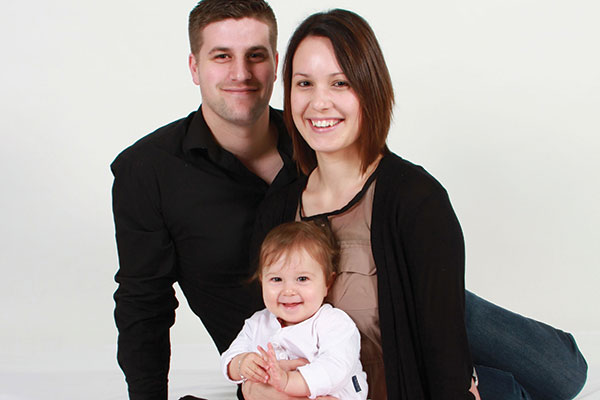 Shave For A Cure

23-year-old Charlotte (Char) Blake is a young family woman and student who will be shaving her hair off at the University of Otago’s Pacific Island Research Student Support Unit on March 18. Jessica Thompson Carr caught up with her for a chat.

What was your inspiration for taking part in Shave for a Cure?
My aunty lost her battle against lymphoblastic lymphoma at the same age as me – she was 23. The fact that she fought it for so long at such a young age really hit me and I wanted to do something about it. For a long time I’ve been thinking about doing something meaningful to raise awareness and honour her memory.

What triggered these feelings?
I suppose I’ve been building myself up to this decision. The fact that I had a daughter in 2012 certainly affected me and motivated me to do this. I never thought I’d be able to take such a step but I have a wee girl now so that just gave me a different perspective and made things seem a lot clearer. I was able to put myself in my grandparents’ shoes and I can’t imagine what they went through, having to lose a child, it’s something that really resonates with me as a parent. It was quite sobering. I guess the older I’ve gotten the more I’ve understood how tragic it really was. And I have two sisters as well so I just couldn’t imagine what my dad went through either, losing a sibling, especially at such a young age. It was quite a traumatic thing for my family.

Do you have any clear memories of your aunty?
Well ... I feel really sad about it because I was only three when my aunty passed away and I can’t really remember her being alive. The only memory that I have of her was when she was in her coffin; I asked if I could kiss her goodbye and that’s the only thing I really remember. I got to kiss her goodbye. I saw her in the coffin and recall exactly what she was wearing. I think the only reason I remember is because of the response I got from my family when I did that because I was only a little girl ... they looked at me funny and then they lifted me up and said something like “ah, that’s nice of you to say goodbye.” I didn’t understand death at that point. I just thought she was asleep. So it’s quite sad how I don’t remember her being alive but I do vividly remember her funeral.

How much are you aiming to raise?
I aimed to raise about $1000, which I thought was a bit ambitious, but two days ago [last Monday] I made my target which was great!

How has your family reacted to this decision?
My husband is pretty supportive. I think at the start he thought I was joking just ‘cause I’m a typical female who does my hair every day, you know, but when he saw I was taking it seriously he was so understanding. I remember two girls in my course did it two years ago and they were just letting people chop bits off which is what I’m gonna do too, but I just couldn’t do it then. I was horrified watching them lose their hair. But now I’m at this age with this family, I’ve developed a more grounded view of the bigger picture.

Are you afraid?
It’s quite strange to me. I know I don’t want to shave my hair off but I feel it would give me a better understanding of what my aunt went through because obviously she didn’t want to lose her hair either, she just had to. And I know it’s not the same because I don’t have cancer but I feel obligated to do this. There’s a picture that my grandfather sent to me of her in the hospital when she’d just lost all her hair and it’s a heart-breaking photo to look at because she’s just looking at herself in the mirror, seeing her own personal loss staring back at her. When I see that picture I’m confronted with the fact that I just can’t imagine going through such a trauma. ‘Cause at least I know for me it’ll grow back but for her it was permanent during her treatment. So now I know I have to do it to get some life experience out of it.

Do you have a message for people who are dealing with cancer?
The main reason I’m doing this is to encourage people to know and understand cancer and how it affects everyone – not just the patients but their families and friends. I think people are very desensitised nowadays. While it’s easy enough to shrug and say it’s a common illness, you can’t just push it away all the time. Just because we hear about cancer constantly doesn’t mean we can just brush it aside. It’s nice to bring it to people’s attention once in a while.
This article first appeared in Issue 3, 2014.
Posted 4:35pm Sunday 9th March 2014 by Jessica Thompson Carr.