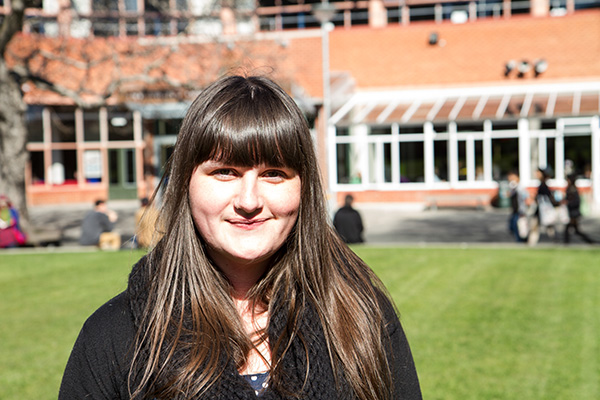 Now, we all know about Texan abortion laws after Wendy Davis’s famous filibuster, but what’s the situation here in NZ?

Well it’s definitely not as bad as states like Texas or Ohio, but the laws are still pretty backwards and [are] hurting women in a different way to the American laws. We have our share of abortion clinic drama though; recently a nurse’s car’s brakes were cut.

I didn’t realise that sort of thing happened here.

It’s not talked about much. That’s one of the major problems with the laws at the moment, actually. There’s this whole stigma around abortion that is created and perpetuated by treating it as a crime and not a health issue.

We’re trying to raise awareness of the issues surrounding abortion, and to start the conversation about decriminalising abortion.

Abortion is a crime?

Abortion at the moment is a criminal act under Crimes Act 1961.

But the thing is, lots of people know people who have had an abortion, and not been charged with a crime, and so they don’t think there’s a problem.

The problem is that women have to prove to multiple doctors that they qualify as an exception to the law. 98.2 per cent of women who had an abortion last year had to tell the doctors that continuing the pregnancy would make them mentally unstable. Before Invercargill got their own abortion services, women had to travel to Christchurch because the Dunedin service couldn’t handle them.

So [with abortion] being regarded as a criminal act, you have to go through all these extra hoops to access the health care you want. This prevents a lot of women from having earlier terminations, something that is unanimously safer.

What does reproductive justice mean to you?

Reproductive justice means ensuring that all people can access the reproductive services that they want and need, be it abortion, contraception, or information; that their choices are respected and listened to – not dictated by archaic laws, but informed through discussion with their own doctors.

We are trying to start a conversation on campus about why we need to change our reproductive services and laws, creating a culture where it’s okay to talk about these kinds of things openly.

I’ve seen your posters around – “Coat hangers are for clothes” etc. That’s pretty shocking. How are people reacting?

There’s also “Magic Potions are for Fairy Tales,” and “Needles are for Knitting” – three of the ways that women used to have to procure abortions when they weren’t legal, something that we never want to have to go back to!

People are having mixed reactions. At the market day stall we had, it seemed to make some people uncomfortable. I guess that’s understandable, given the nature of the quotes/ images, but people were also shocked and intrigued, which was great! It meant that they gave it a second look and were more likely to read about the issue.

Lots of people we talked to on the stall still had no idea that abortion was in the Crimes Act, or how bad the reality of reproductive services are in NZ, and when they realised, a lot were really angry! Talking to those kind of people and sharing the information was awesome, and I think it’s how we’re really going to make a change.

And if your mission is to start a conversation, I guess that’s a success?

Definitely! Even if a few people who saw the stall or the poster tells some of their friends, who tell their friends, we’ve achieved something! If we can get a whole bunch of people behind the issue, it gives it a lot more weight when we talk to people who make the laws.

Absolutely. So is that your next move? Talking to MPs?

That will be one of them. I think we are going to try and get more support down here first, but talking to MPs, writing letters and supporting campaigns like the Pro-Choice Highway is going to be really crucial. It’s just about making ourselves heard, and showing that there are lots of people who are calling for a change. Also, supporting MPs who do speak out about the issue, like Holly Walker!