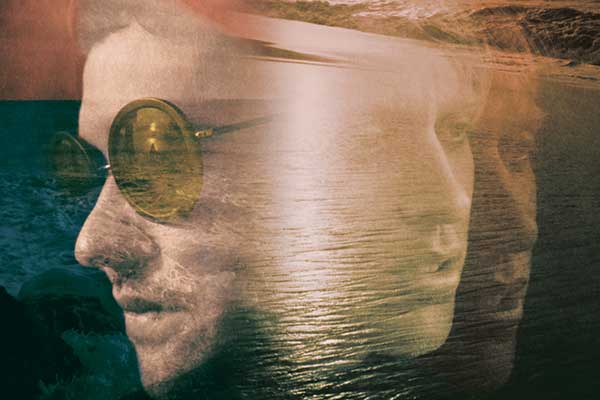 In between touring the world and playing gigs with international acts like Grizzly Bear and Wavves, Ruban Nielson has returned to New Zealand to tour with Nielson’s current band, Unknown Mortal Orchestra. Loulou Callister-Baker had a brief and appropriately abstract conversation with Nielson to work out how to float.

You’ve just returned to New Zealand from a hugely successful international tour – what kinds of things run through your mind when you come back here to tour?

It’s pretty heavy actually. A lot is weighing on me when I come home. When I’m out in the world I don’t really interact with anyone I’ve known longer than a couple of years. The subject of the Mint Chicks doesn’t really come up and it’s very much a new life. When I come home, there’s all the weight of home – everything good and everything bad that comes with that. But I need to come home once a year or I get really sad. There’s something in the attitude of Kiwis that isn’t anywhere else. I miss the humour mostly I think.

Do you have any history with Dunedin?

Yeah – mostly through the Mint Chicks. Just playing shows at Re:Fuel and student radio and Flying Nun connections. Dunedin was always a favourite gig of ours. I haven’t played there in ages.

Making music and performing it is beyond any reality the average person could comprehend. What keeps you from floating away when you’re not performing?

It’s okay to float away on stage. It looks like it’s part of the show. It’s the floating away off stage that you have to look out for. It’s a much weirder look.

You once sang that you slept during the day to stay awake at night – is this your coping mechanism? Or is this your routine as a musician?

It’s always been the way. I used to do it as a kid. My body clock doesn’t like the sun I suppose. I used to stress out about it but instead I just built my life around it. It’s like floating away while you’re on stage: it works in this particular context.

Before music, you had a strong affiliation with the art world and investing time in making visual art. How do you maintain your interest in visual art? Is your psychedelic Instagram one way of this?

The Instagram is just for when I’m bored in the van. I still design record covers and draw and paint. It’s not really something I have to maintain; it’s like music – I can’t stop doing it.

Does your conscious effort to follow a musical journey in II elevate it to what you view as a “real album”? What are you listening to right now?

It was put together as a “real album.” I knew people were going to hear it. I’m listening to Caetano Veloso.

You have said that Ffunny Ffrends came from making music out of passion rather than the pressure of a dominating label – does the success of this come from creating out of enjoyment or the current popularity of distorted sound matched with falsetto vocals?

At what point in popular music was distortion and falsetto not popular? Pretty sure that was big from the 1920s onward. That’s like saying the success of the croissant comes from the current popularity of butter and flour.

What role has ruthlessness had in your evolving success?

Unless we’re talking about ruthlessly kicking out the jams I’m not really sure how to answer that one.
This article first appeared in Issue 16, 2013.
Posted 3:59pm Sunday 21st July 2013 by Loulou Callister-Baker.