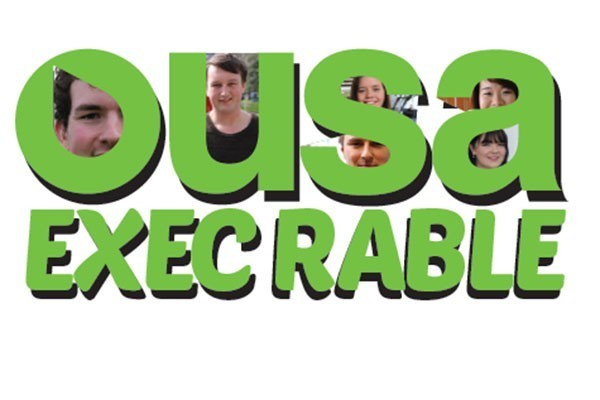 Two OUSA Executive officers who were not in Dunedin at the start of their tenure have not received their full honorarium payments. Both Administrative Vice-president Jarred Griffiths and Finance officer Jesse Hall have had payments withheld from January 1 to February 11.

OUSA President Laura Harris says that the principle reason the fortnightly pay was not distributed to Griffiths and Hall on the first pay day of January 14, was because both of the members were only able to supply their payment details once they arrived in Dunedin.

“Well I mean they’re not the only ones, no one gave any of their details until they arrived. So there’s a couple of people that didn’t get paid for the first couple of weeks,” says President Harris.

However, Critic has received correspondence that suggests Harris’ claims are false, as at least one of the members had in fact provided OUSA with the relevant payment details in late 2015.

Payment of honoraria is decided by the Executive through a motion, however the issue has yet to reach an official vote with both Griffiths and Hall being offered no reason as to why they weren’t paid from the start of their elected terms, implying OUSA President Laura Harris made the decision alone.

However, despite receiving payment details from at least one of the members, Harris maintains no decision was made by her as to the payment of honoraria, and the payment was withheld by “default”.

“It wasn’t a decision, it’s just sort of the default or the way it works. So in previous years it’s been you give your details to the OUSA secretary when you arrive. That’s how it’s worked,” according to Harris.

Harris herself received her full honorarium payment in 2014 while she was acting as Educations Officer despite having a total of 54 days away from Dunedin throughout her tenure. OUSA executive meeting minutes from 2014 show Harris was absent on September 18, 21 October, November 11, November 27 and December 4. Despite her absence Harris was paid her full honorarium.

During an OUSA Executive meeting on 21st of October Harris was recorded in the minutes as unable to orally deliver her report over via a phone call due to the noise in a Melbourne tram station while she was on holiday.

Clause 34 of the OUSA constitution holds that Executive honoraria should be withheld wherever the member has failed to fulfil their duties.

“The Executive must withhold payment of all or part of any honoraria where it considers any Executive Officer has failed to carry out their duties or has failed to report adequately on their activities.”

The issue over honoraria first arose at an executive meeting on February 4 when Administrative Vice-president Jarred Griffiths expressed concern over possible implications of treating OUSA executive officers as “employees”.

“When we add more restrictions to honoraria, and this is kind of a risky move and a risk to the organisation going forward, is that when you have things like time sheets and reporting and regular hours and places of work there’s a legitimate claim here that we’re actually employees,” said Griffiths.

“Where you start treating someone like an employee and expect them to be in a workplace at a certain time period and with relation to employment, it moves into a direction such as where are our annual leave provisions, and minimum rates of pay and minimum work standards and things like that.”

President Laura Harris noted during last week’s Executive meeting that she had, along with OUSA CEO Debbie Downs, sought “informal legal advice” as to the potential implications of withholding honorarium payments based on members not being present in Dunedin from January 1.

Harris was unwilling to disclose the exact nature of the advice, but stressed that the issue was “too vague” for lawyers to form a “consensus”.

During the February 4 meeting President Laura Harris sought to move that the members who were not in Dunedin at the beginning of their term would not be paid their honoraria for the month of January, saying that is the “culture”.

“As I understood it Executive members are paid once they arrive in Dunedin to begin their terms. It is a bit different to go out halfway through the year because you have already been here, been trained and have goals in mind and can work while you’re away,” said Harris.

“[Withholding payment] as I understand it has been the culture. There are executive members in the past that have not received honorariums for not being here in January.”

Last week Mr Griffiths released a statement to fellow Executive members and Critic outlining his position against the proposal to withhold payment from members who were not in Dunedin on January 1.

“Because there is no requirement in either the Constitution or Internal Policy for members of the Executive to be based in Dunedin, or for payment of honorarium to commence only from the day Executive members arrive in Dunedin, honorarium should be paid when duties have been fulfilled” the statement read.

OUSA members are paid based on two separate schedules; 10 hour positions which include Campaigns, International, Recreations, Postgraduate and Colleges, are paid a bulk payment quarterly; whereas 20 hour positions such as Administrative Vice-president, Finance officer, Welfare and Education are paid fortnightly, as well as the President.

All 10-hour officers had received their full honorarium payment despite International Officer Rachel Goh, Recreation Officer William Guy and Postgraduate Officer Mariana Te Pou all being absent for the month of January.