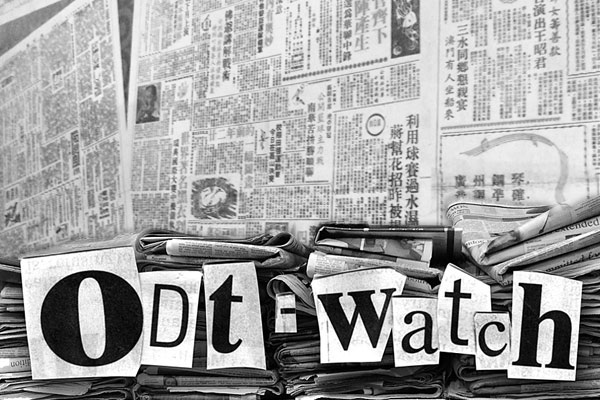 Critic is going to be fair to the ODT. We hate to do it, but their coverage of the Hyde Street Keg Party was actually pretty balanced. Sure they interviewed two landlords and tried to make it sound like every property owner on the street was calling for the party to end; but generally they talked to both sides, and accurately reported what happened. It was almost like reading a real newspaper. Almost.
However:

Apparently NZ’s incarcerated types have run out of black gold as well, though Critic suspects some cunning prisoners in the kitchen probably just chucked it all up on TradeMe.
In international sporting news, the ODT got very excited that Tiger managed to get his wood away again. Though celebrating the fact that a sex addict got laid is possibly poor form. Or maybe they were talking about his golf win … but probably not.

And finally, summing up the genius of Dunedin landlords, this guy manages to contradict himself in under six seconds: The claims are unwarranted! Except that they’re not and are actually completely true. What a good sort.