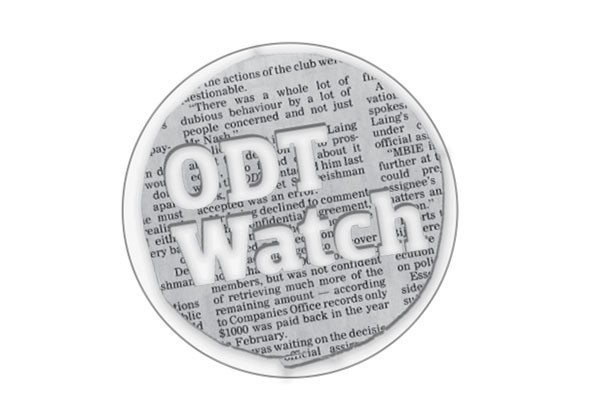 To start the last issue of ODT Watch for the year we thought we’d give you a great example of one of the ODT’s staples: puns.

Yes, it is about two dogs getting married. Props for the rhyme as well.

Clearly drunk off their titular success, the ODT forgot that they did not live in the 1950s.

Next, the ODT’s secret fears have been confirmed.

Paranoid, the ODT hurried home to check that the only reds under its bed were dead reds.

We then journey to Wanaka, a place where the word ‘socialist’ just means someone who talks to more than three people in a week. Wanaka’s sports centre have introduced a special new event

Ah Balclutha, the fountain of knowledge, the cradle of civilisation, the Venice of the south (they both have water).

And finally, in the ODT’s garden news