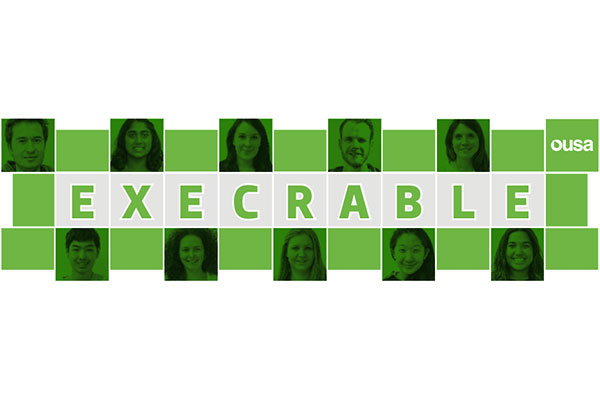 T o begin the meeting, OUSA President Paul Hunt mentioned the possibility of OUSA renewing its membership to Volunteer Service Abroad (VSA). The membership would cost $100 per year and Hunt said that they would ask for OUSA to have a seat on the VSA Board. In 2014, OUSA withdrew its membership, causing backlash from both students and VSA staff. The executive will decide about renewing the membership soon.

Postgraduate Officer Claire Mitchell announced she would be resigning from her position on 26 March 2015 “due to uni commitments.” A by-election will be held for her position, as well as for an OUSA International Officer. Nominations for these positions will run from 16 to 19 March, and voting will take place from 24 to 26 March.

Executive members are currently not able to campaign for those running in an election, unless they add a disclosure that they are not doing so in their capacity as an Executive Officer. Hunt said this rule is “a technicality which doesn’t influence the result.” He added that support for candidates “should be transparent.” The issue will be put to committee before the by-election.

Following this, Hunt mentioned that the structure of the executive should be discussed. A major focus of this would be on the workload of each position, and whether this workload fits with the hours set for the position. According to Hunt, role descriptions currently “don’t accurately indicate” the workload required. The executive agreed on the review, and Hunt said if changes were needed, it “would have to be done through a referendum.” He aims to ensure any changes stay within the current budget.

On the topic of affiliations, Recreations Officer Jonathan Martin said he has had meetings about the possible affiliation of a pro-life group. Martin said the group would have a “revised constitution” which will be “tighter” with “more limits” on what they can and can’t do. Hunt said the group should “have more scrutiny than others” due to “the harm their actions might cause.” Martin and fellow executive members will “work with the group to form a constitution” and then vote in the next meeting.

Postgraduate Officer Claire Mitchell and Campaigns Officer Alice Sowry said later in the meeting that they had been keeping their eye on social media feedback regarding the affiliation.

Welfare Officer Payal Ramritu said she was “torn” on the decision both personally and in her role as Welfare Officer. Ramritu said the group’s brochure, which outlines the harms of abortion, made her feel “uncomfortable”. She said if the group is affiliated, the brochure would be placed around campus and thus be available to all students.

The 2015 Orientation Week was further discussed. The break up of each event is not yet available from accounts, but the matter of whether it’s okay to break even over a three-to-four-year cycle was discussed. This follows the loss of at least $57,500 over Orientation this year. OUSA CEO Debbie Downs said it is a “dangerous mindset” to justify losses by gains made in previous years. “That’s not how the real world works,” she said, adding that financial statements are “an annual thing.” “But,” she noted, “we are student-driven, not profit-driven.”

Referring to the fact that if executive members see a service or product as of value to students, then a profit is not necessarily required, Downs used the example of the OUSA Craft Beer and Food Festival. “For example, if we look ahead and think the beer festival will make a loss of $60,000 again, for example, then is it worth it? Is it of value to students?” This was “just an example” of course.

Martin agreed there should be “more general performance targets, for example, how many students we want to attend.” Ramritu added that an “event-by-event basis is the way to go.” Colleges Officer Taotao Li agreed, though still wants a “clear focus on student enjoyment.”

The Marketing Manager of the Highlanders has also reached out to OUSA. Downs said they are willing to “give a couple of players” for activities, for example “a students vs. players game on the Union Lawn.” This scheme would generally be before local games and is a “win-win situation” for promoting both OUSA’s activities and the Highlanders’ games.
This article first appeared in Issue 4, 2015.
Posted 2:32pm Sunday 15th March 2015 by Laura Munro.