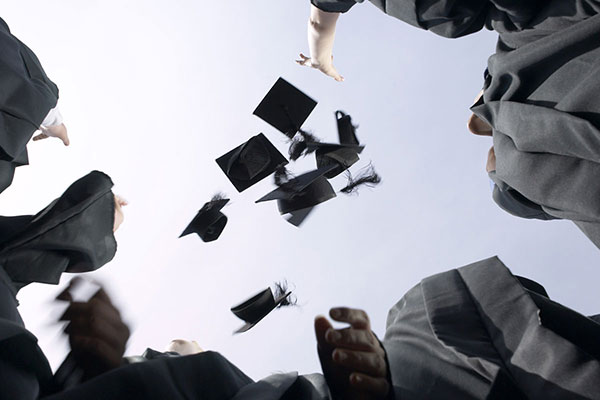 Finally, the election date has been announced: 20 September. Bring on the policy releases, campaign ads, catchy slogans, and the inevitable rhetorical fuck-ups. It’s time to cut through the empty statements about student support and “the best education ever” and see what’s actually in writing. This week? Student loans and allowances organised from “most support” to “least support” (support being a financial composite of both fees and the funding we currently call living costs). For brevity’s sake, the parties included are the eight currently in government, but if you know of another party that has a stellar education policy (or disagree with my interpretation), feel free to write an angry letter or direct a passive-aggressive tweet in my direction.

What’s the story? The Green Party’s policy framework surrounding student financing is, unequivocally, the most comprehensive. So much so, in fact, that it has its own dedicated policy document accessible exclusive of tertiary education. There are three main tracks outlined relevant to this week: a debt write-off scheme that trades a year of full-time work for a year of debt dissolved; a universal student allowance with a step-by-step plan on how to achieve this; and a fee-free tertiary education system. (All the while, current loans will still be interest-free and a higher repayment threshold will be implemented).
Pro, in a nutshell: If you’re looking for a party that aims to support your education, this is the one. The Greens want to make your learning and living free.
Con, in a nutshell: There are questions that must be raised about feasibility. First, there would need to be a serious reshuffling of government funding; second, it would take longer than one election cycle to institute the level of overhaul required; third, the Greens would need to be a major party in the first place.
Overall: Great policy, difficult to implement. 8/10

What’s the story? Like the Greens, the Māori Party place a huge emphasis on reasonably priced education. They propose reducing fees to a “nominal level;” a universal student allowance; and that student loan repayments only must be repaid after five years and once you earn 1.5x the average wage. They will still be interest-free.
Pro, in a nutshell: The Māori Party is dedicated to keeping education affordable.
Con, in a nutshell: It’s not as comprehensive as the Greens and it does not specify an action plan in order to get there.
Overall: Good, supportive policy, but no plan on how to implement. 7/10

What’s the story? The MANA Party is committed to the transition from tertiary education to job creation, as well as enfranchising Māori youth. In terms of policy, while they focus on these main aspects, they do propose to reduce and remove all tertiary fees. No explicit mention of adjustment to the current allowance/living costs loan scheme.
Pro, in a nutshell: They want free education.
Con, in a nutshell: Unclear whether they support a universal student allowance or not.
Overall: Clearly supportive of students and community, but financial support not explicit. 6.5/10

What’s the story? There’s one thing more “tricky” than David Cunliffe, and that’s the Labour website. By navigating past the “Are You In” title page and hunting within the various tabs until I finally landed on “resources,” I managed to find Labour’s latest Policy Platform. It does reference education, but largely it’s just positive rhetoric, and doesn’t make explicit reference to loans and allowances. Being a major party, this is a bit of a concern.
Pro, in a nutshell: The rhetoric is positive. It talks of reducing inequalities and affordability, which seems to be a good direction.
Con, in a nutshell: Where’s the detail? Let’s hope a tertiary policy package is next on the release list, because currently there is little to nothing for us to sink our teeth into.
Overall: Labour’s website is impossible to navigate, and Cunliffe’s voice whispering “Are You In?” will haunt my dreams. 5.5/10

What’s the story? Even though National’s website is better than Labour’s, their policies are still available by clicking on hilarious ClipArt-meets-PowerPoint buttons. At least their PDFs are easy to find. The tertiary policy document, rather than echoing the rhetoric of the above parties, scarily speaks of “value for money” and “accountability” – as though students are commodities. Interestingly, the document is largely in the past tense, and it brings to light all of National’s current achievements. I won’t repeat the overhaul details, as they’ve been heavily discussed since Steve Joyce had his way, but National is proud of enhancing borrower responsibility. Unfortunately, the structure of this scheme means many fall through the cracks – mostly postgrads.
Pro, in a nutshell: They want to tackle student loan debt, and have been active in finding ways to chase up ex-students both domestically and overseas. They also pledge to keep student loans interest-free.
Con, in a nutshell: If you require considerable financial support, this is the party that plans to strip it down.
Overall: Plans to make students accountable, but is heading in the direction of less financial support. 4/10

What’s the story? Well, they talk of education, but not about tertiary. Rather, they enter into the nebulous world of non-government organised education, which sends warning bells on the financial front. We’ll have to wait to see if this develops.
Pro, in a nutshell: Their education page exists.
Con, in a nutshell: It says nothing about tertiary education.
Overall: Forgotten by ACT. 2/10

What’s the story? More nothing. Currently United Future is revising their policies.
Pro in a nutshell: There is a subheading titled “Tertiary” and another with “Funding and Achievement,” so there’s that.
Con in a nutshell: Nothing to work with.
Overall: Nothing. -/10
This article first appeared in Issue 4, 2014.
Posted 2:59pm Sunday 16th March 2014 by Carys Goodwin.