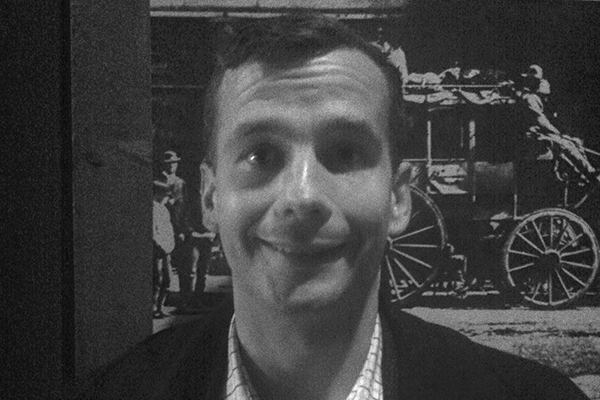 This week’s interview was much more successful than Te Ururoa’s. I spoke to David Seymour, the ACT candidate for Epsom, about everything from student loans to shades of yellow. The most notable discussion topic? His fascination with NZ First MP Tracey Martin, about whom he regaled me with stories after the interview finished. To be honest, I don’t blame him. I’m pretty fascinated by Tracey myself.

So I have read the tertiary section of the ACT website - funnily enough, I do try to research. It doesn’t really say anything about whether you’re supportive of the weekly student allowance and the weekly student loan?
So I mean, first of all, when you look at policy for students, I’m not really into making policy for a life phase. It’s a little bit like having policy for midlife crises and policy for menopause. The truth is that we make policy for people who go through different periods, so as far as “are we in favour of a universal student allowance,” no. Basically because if you look at it from your whole life’s equation, why would you want to pay a whole lot more tax later in your career, remember you’re going to be in the workforce for forty years, and a student for four, when there’s actually, you know, clearly most people can actually pay back their living costs.

Okay, I see you. It does say you’ll add interest onto student loans. Is it for everything?
Yeah, it’s for student loans, and again, you have to put this into context … The question is, do you want to invest in your own education and pay it back with some sort of real cost basis involved, or do you want to put all of this funding into a massive pool and fund a whole lot of bad choices of other people? That’s really the choice for people when they look at their whole career with tertiary education being only a small part of it at the beginning.

But if you’re adding this interest scheme onto the student loans and then saying you’re going to deregulate the market, similar to what we’ve just seen happen in Australia, how can you guarantee people are going to have the amount of money to be able to pay that back?
Well at the moment a lot of people don’t. There is a hard tail of people who are not paying back their student loans. So we’re not arguing about whether or not there’s going to be people like that, there always will be. What we’re arguing about is do we want the highest quality education possible? And you’re not going to get that if you put an arbitrary cap on the fees, because it means that you’re basically trading quality for quantity, and that’s actually bad for students.

But then doesn’t it incentivise only those who are in the highest bracket to go into education? Or are you saying that student loans will still cover fees completely, exclusive of the cost?
Yeah, but I’m not saying you should have higher up-front fees. I don’t believe that. The rationale for having a government student loan scheme is this: you can’t sell yourself or your future income as a guarantee, and so actually there is a missing market for private lenders. Therefore there’s a justification for the government to intervene and loan you the money up-front.

So it’s kind of a … tweak of the way we view it. ‘Cause there’s sometimes the assumption that high-interest student loans will lead to a system that we’ve got in America where people can never pay off their student loans, and are just chipping away at the interest rather than the actual loan.
But that’s happening here, too. The difference is they’re a country that has, what is it, three of the top five universities and most of the top fifty. What we’ve done is chosen to have high quantity, low quality education by regulating fees, and everybody has to go along and do it, because if they don’t, it’s assumed that you weren’t even good enough to do that. It’s actually making us worse off to have subsidised and price controlled, low quality education.

So would you say there should be some government education that’s of a lower quality and in addition have the free market education? Or are you saying we should get rid of it altogether?
I just think we shouldn’t try and control the prices.

Okay. Let’s turn to Epsom. Now, do you think you, the ACT Party, will reach the five per cent threshold?
I think it will be a huge challenge for ACT. It is still possible, anything can happen in the last six weeks of an election campaign, when the focus really goes on.

But if ACT is only able to succeed in one electorate, one electorate that’s in Auckland, why not simply stand for a seat on the Auckland Council? Why bring the whole country into having the ACT Party as one of the parties in government if you’re only representing a tiny, tiny minority?
Well that’s how elections work around the world. It’s often voters and a few marginal seats that decide the result. If you don’t like the fact that the majority decides and it’s always a few people at the edge who decide which way to jump and where the majority is, then you should be opposed to having government doing so many things: charging so much tax, running so many services, regulating so much of your life.

Okay. I mean, it has been recommended that we get rid of the coat tailing rule altogether, so yeah. I’m kind -
All electoral systems are imperfect; I have never been to or heard of a country where people love their electoral system. The truth is that the best feature of an electoral system you can have is consistency, because then people can organise to try and get the policies they want under the system that exists, rather than having the goalpost moving. That’s actually undemocratic.

Do you believe climate change is anthropogenic?
Yeah.

And do you believe we, the New Zealand government, should do anything in the form of mitigation or should we stick to adaptation?
Well, I’m not sure that the New Zealand government is in a position where it can do much about this challenge. One of the possible things it could do, well, it could introduce some sort of tax or trading scheme as it already has on carbon but to the extent that doing that starts to push industry offshore and European consumers start choosing Danish butter off the shelves instead of New Zealand butter, bearing in mind that their cows live in stalls and consume huge amounts of energy while ours kind of just walk around on the grass and are very efficient, then we could actually make global emissions worse. Secondly, it is true that we’re such a tiny fraction of global emissions. Our contribution is negligible; the main contribution we make is we actually set an example. And so what example are we going to set? If we tax our industries offshore, and there’s serious economic and political repercussions for doing so, then the message New Zealand could end up sending the world is “don’t do this, you’ll get voted out.” Would I support a carbon tax that was revenue neutral and in line with what other countries are doing? Possibly. But until that time, I’d far rather bet on the creativity of free people arranging their affairs to deal with the upcoming challenge than trying to get the world’s governments together to agree on a scheme, and I think that’s the practical reality.

So are you supportive of Climate Voter?
Yeah, I’ve come across these groups, and I think they have really let their cause down. I find them to have quite an exclusionary sort of attitude. In most of my dealings … I’m not pointing my finger at these particular folks, but I tend to get the feeling that they’re trying to drive other arrows. For example, they want to make you use public transport, well you know, I’m not necessarily sure that that’s the best way to adapt. It may be that the cost and the time lag in trying to reshape cities to a high enough density that public transport becomes viable for a large number of people, actually, is an inefficient way of getting to the same goal, when private vehicle transport is becoming more efficient every single year.

So you’d prefer to push for those sorts of initiatives in more rural areas than the move towards public transport? ‘Cause Auckland’s obviously really dense compared to the rest of the country.
Yeah, but what matters is compared to the level at which the kind of public transport that, say, Generation Zero are advocating. I’ve been to three cities where public transport appears to work: New York, Tokyo, and London. Auckland’s not that dense. I’m just saying that my general impression of those guys is that actually they tend to bundle climate advocacy with other causes that I don’t necessarily agree with, and I think they do themselves a disservice and the whole theme a disservice.

Shoot, shag, marry: Tracey Martin, Clare Curran, Paula Bennett.
Fuck … Um, I think I’d have to get to know them on a personal level first.

What if we say: reject one from parliament, re-elect one into parliament at the election, or realign one to a different party.
Oh, reject Tracey Martin. I mean … wow. She’s an inspiration. I wish I were as clever as she thinks she is. But sadly not many people can be. I’d re-elect Paula Bennett. I think, and I’m serious, when the history of this period is written … Paula Bennett will probably be the most remembered minister, because she has fundamentally renegotiated the terms of the welfare state from being open-ended entitlement to a system of mutual obligation. And that is an extraordinary change. It has taken forty years to get there, and I think one of the reasons that Jacinda Ardern’s attacks on her are so flaccid is that Labour knows that what she’s doing is fundamentally right. So Paula Bennett should absolutely be re-elected. And Clare Curran, she seems nice enough, so let’s realign her, see if we can make her an ACT MP.