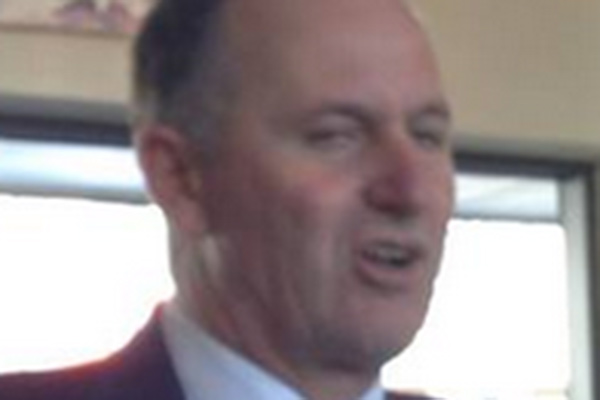 Disclaimer: This was written before the election

The country is in disarray after a shocking turn of events leaves New Zealand with a government poised to make dramatic changes that were almost unheard of during the election campaign.

When New Zealand took to the polls on Saturday night, fear of change won out; the National Party polled so high that they lapped themselves and landed on 102 per cent. The Electoral Commission, unable to deal with the challenge this presented, stripped National of the 100 per cent and distributed it across a number of political parties according to the extent to which their policies align with National. This left National with 2 per cent of the party vote; only their electorate seats remained.

The Conservative Party received the majority of the results, as the Electoral Commission mistook their slogan of “Stand for Something” to mean “Stand for Anything” and offered them 45 per cent. Prime Minister Colin Craig was thrilled, and instantly looked towards the election landscape for a coalition partner.

ACT was the second largest recipient of National’s overhang, but after David Seymour went into a loop upon losing Epsom to Paul Goldsmith and could only say “hi” at random intervals, Jamie Whyte commented, “ACT is all about personal responsibility. Really, we should only be responsible for ourselves. Philosophically, it wouldn’t be responsible of me to accept taxed percentage points.” Without Seymour, ACT has disintegrated.

The first of these reforms began on Sunday night, when Deputy Prime Minister Ben Uffindell announced the removal of Hamilton from New Zealand.

“Hamilton is simply a waste. They use too much energy, they’re full of scary people, and I’d feel much better if Auckland could just expand more instead,” argued Uffindell, to a crowd of perplexed elderly, who were redirected from Winston Peters’ election night party to an empty field for the announcement.

Hamilton’s struggles to create a central government were abated when a rogue Green Party member saw it as an opportunity to create a fully sustainable, 100 per cent renewable energy city. In the past few days, at least 40 wind turbines have been erected, forming a wall around Hamilton’s borders that mean any person who gets too close is simply blown away.

The Labour Party watched the majority of the developments from afar, having been allocated 24 per cent of the National Party excess. David Cunliffe refused to enter into a coalition with Craig, and decided to remain in the Beehive until the Electoral Commission “saw some sense” about “exactly what they’ve done.”

Russel Norman and Metiria Turei supported Cunliffe’s stand against “Conservative tyranny,” and initiated a Facebook campaign around “Occupy Beehive.” When asked what part Facebook could play in a potential revolution, Norman commented, “Well, look, everybody knows the Green Party is about a smarter, greener economy. We’re uniquely innovative, and, really, Facebook likes give us physical strength.”

As the developments have unfolded, Critic got in touch with Winston Peters, whose usual anti-Chinese ranting has been re-targeted towards new Hamiltonians. Resenting the way the Hamiltonians have “stolen” the land, Peters has embarked on a journey to “talk some sense” into the people. His aim, apparently, is to get them to “give some of the land back” as, “otherwise, foreign buyers will snap it up.” Critic is unable to comment on the truthfulness of his allegations.

Ex-Prime Minister John Key was unavailable for comment, as he had been put to use constructing referenda packages for Craig’s first referendum, on the use of corporeal punishment in schools. Craig noted that Key “wanted to work for New Zealand. Now, he’s working for New Zealand. It’s not some big conspiracy, he just really likes work.” Critic considered the look on Key’s face to say otherwise.

General Election Results, distributed randomly after National’s percentage points were redistributed to the top right of the page.

Turning to Dunedin, once again the election resulted in a large surprise. In an activity suspiciously close to treating, the Aotearoa Legalise Cannabis Party hosted a citywide 420 Election Day event. Participants would smoke cannabis for a short period of time, then be ushered towards the polling booths, inevitably giving their vote to the party they most felt akin to at the time.

Abe Gray won the candidacy for Dunedin North in a landslide, and has been commended for his efforts in getting the youth to vote by the Pro-Vice Chancellor. David Clark retreated to Invermay and Michael Woodhouse has, presumably, been engulfed by the sheer number of Michael Woodhouse jackets his team had worn throughout the campaign.

Immediately after Gray’s victory, while the central government was still struggling to comprehend how to distribute the election results, Gray declared cannabis to finally be legal. His speech gathered much support, although very little could be seen through the haze of smoke that settled at eye level.

When Critic asked Gray what about his life would change, he said “not much. Weed might be a little cheaper, but to be honest I’ve been acting like it was legal for years. I’m just happy more people will stop drinking and start smoking.”

Indeed, Gray’s assertions about a reduction in heavy drinking across campus have proven to be correct; over the weekend, Critic noticed a severe increase in numbers of students simply stargazing, as opposed to the usual raucous behaviour.

Dunedin South has been left in a void, as a shocking 80 per cent of the population decided to tick “no confidence” on their ballots; the remaining 20 per cent went to Pak n’ Save Wine Week. As a result, Clare Curran held a public meeting and announced, “If you don’t want any of us, why don’t you just join Dunedin North?”

Given Prime Minister Craig’s encouragement of referenda, one was had on the spot. As 72 per cent considered this a “good idea,” Dunedin South has been amalgamated into Dunedin North – a move Gray thinks will make them “the Colorado of New Zealand.”
This article first appeared in Issue 24, 2014.
Posted 3:00pm Sunday 21st September 2014 by Carys Goodwin.