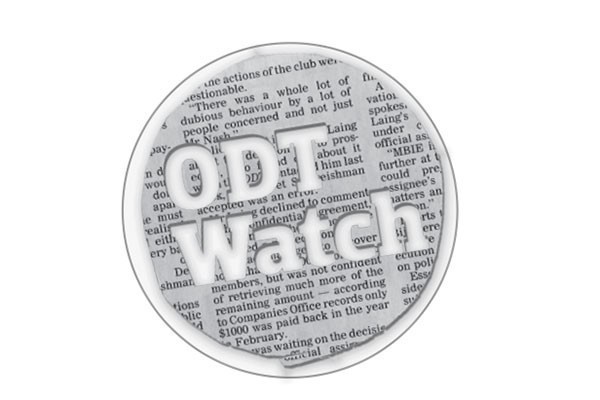 Perpetually stuck for content, the ODT has sunk to reporting on people just continuing to exist

Over the coming years they intend to gradually report on everyone else who also continues to exist. The initiative is predicted to go down well in Patearoa, where the majority of residents welcome any proof that they exist, partly because of all the evidence to the contrary

Next, the ODT is onto the latest youth craze

The ODT seems confused about the meaning of the word ‘mandatory’

Are all dogs passing through Mosgiel forced to have a paddle? Do all local dogs have to report every week to their local pool and be dunked by large, jowelled guards smoking cigars?

And yes, the article was about actual dogs, not the swimming technique, which would have also been worrying

I hate to tell you, but those eggs are plastic. You’re going to be waiting for a very long time. Though be sure to give me a heads up if I’m wrong. I’ll need the time to run from your plasticky chicken mutants

And finally, this week the ODT were stuck in a difficult conundrum. They were torn between their need to be seen to distance themselves from Satanism and their pathological need to make a ‘soul’ pun