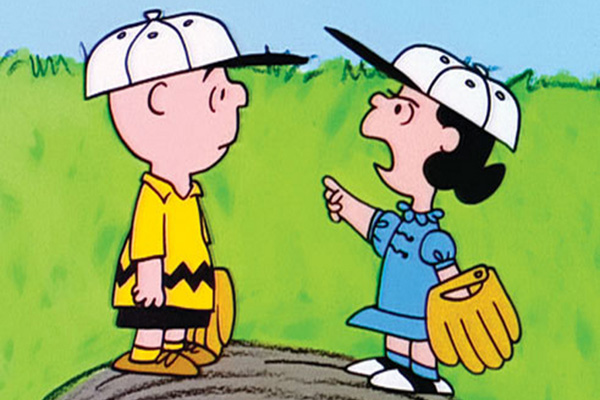 The last Executive meeting Critic attended was a desperately dull affair, full of hot air, procedural inanities, and general self-aggrandising pointlessness. The prospect of another snorefest loomed, before Critic noticed that nearby execcies’ regular chirpy demeanours had been replaced with grim, sullen battle faces. Misery loves company; perhaps this wouldn’t be too bad after all.

The meeting was a misanthropic hack’s wet dream, everybody scowling, bitching and squabbling like a group of half-dead seagulls around a single sad, soggy chip. Before long, the sorry affair devolved into an extended battle between the petulant President and his tired, stressed and cold-ridden Finance Officer, Lucy “fiscal responsibility” Gaudin.

Fran is a visionary student politician with great ideas and very few leadership skills. While he reaches out to students with the persona of lovably earnest geek, he treats his executive with a childish combination of selfishness and passive aggression. All these characteristics were on full display on Tuesday evening.

The first notable flashpoint came when Fran tried to secure funding from the UniGames budget allocation to hold a national “E-Sports” tournament in Dunedin. Fran claimed that an “E-Sports” tournament was “materially similar” in purpose to UniGames, inviting predictable quibbles from Blake. Fran also wanted to fund competitors from other universities to travel to and stay in Dunedin for the finals. Lucy and Zac jumped on this, pointing out that not only did OUSA not provide equivalent funding for UniGames, but that it wasn’t even necessary for “E-Sportsmen” to travel to Dunedin since games could be played online. As Fran would have said were he not so invested in throwing money at his own pet project, “checkmate.” Fran 0 Lucy 1.

Fran eventually backpedalled from the $15,000 he had originally requested, but insisted that $5,000 was needed to hire a staff member to help organise the event, which the Exec had already agreed in principle to hold. The motion grudgingly passed with only Zac and Lucy opposed, but with the general and unpleasant impression that Fran had tried (and failed) to pull a swifty. Fran 1 Lucy 1.

Having successfully eroded his colleagues’ goodwill, Fran went on to present his proposed timeframes for a governance and representation review of OUSA. This turned into one of the biggest shit storms the Exec has seen this year.

First the Exec couldn’t decide how the review panel would be appointed. Given that many execcies are on record as being opposed to structural changes, any panel appointed by said execcies would be vulnerable to criticism. Someone suggested that a third party appoint the panel, before someone else asked who would appoint the third party. “Checkmate,” Fran observed. Staring at the thin end of an infinite regress, the Exec finally realised they would just have to eat the damn shit sandwich and appoint the panel themselves.

Lucy and a number of others then challenged the proposed timeframes, arguing that Fran had allocated far too much time for surveying the student body. They argued that students would probably have little to contribute given that the vast majority neither know nor care about OUSA’s governance review. “I’ll make them care,” Fran threatened. “If I have to door-knock at every fucking house, I will.”

Things went rapidly downhill from there. “I’m resigning from this Executive if we don’t do this process the way I’ve proposed it,” Fran thundered. “If we don’t do this I’m resigning right now.” Inspiring stuff. A five-minute break was called, the toys were returned to the cot, and Fran was persuaded to change the timeframes. Fran 1 Lucy 2.

The dramatic climax had passed, but the dying stages of the meeting still threw up more opportunities for Fran and Lucy to butt heads. First, Lucy shot down Fran’s proposal to donate $1,000 to a new curtain bank as part of OUSA’s flat insulation initiative, on the basis that Fran had not yet investigated whether opening a North Dunedin branch of the bank was even possible. Fran 1 Lucy 3. Next, Fran noted that $3 dinners had been delayed as a result of compliance issues (Fran 1 Lucy 4) before proposing a $5 dinner system for four nights per week. The proposal passed with Lucy and Zac opposed.

Lucy prevailed 4-2, but sports was the winner on the day. Except E-Sports. E-Sports lost.
Posted 4:46pm Wednesday 5th June 2013 by Sam McChesney.