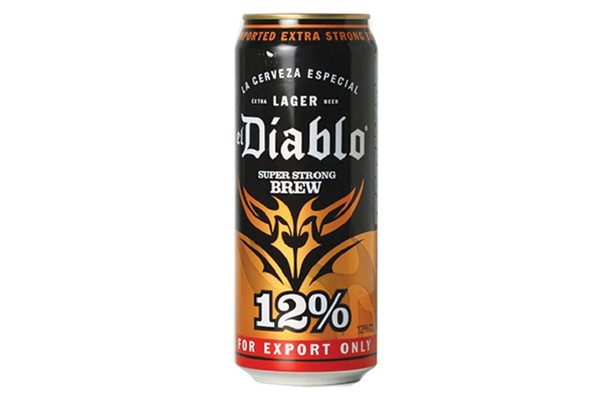 In all my years of exploring and analysing the finest alcoholic beverages New Zealand has to offer on the student budget, the one question I’ve gotten more than any other is: “What’s the grossest beer you’ve ever tasted?”

I’ve drunk a red onion ale from Lighthouse Brewery, an oyster and fig stout from Funk Estate, I’ve even had a couple cans of Tui (never again).

But nothing has even come close to tasting as stomach-turningly awful as El Diablo Super Strong Brew. There is no logical reason this beer should exist.

The beer review website ratebeer.co.nz gives it a 4/100, which is generous, noting its “Aroma is a mixture of medicinal, wood, grain, glue/plastic and wet cardboard. The taste ... well it’s pretty much just alcohol with a touch of bitterness thrown in. Beers tell a story - this one screams dirty overcoat & park bench. Bad, bad, bad.”

At $3.99 for a 500ml bottle of 12% ‘beer’, it beats Golden Ratio $1/standard threshold, which is the one thing I will give it credit for. It is incredibly cheap. But that’s about all it has going for it.

First of all, it burns. Yes, genuinely burns going down your throat. Beer should not do that. Very few beers can justify a 12% ABV. Intensely flavoured beasts like an imperial stout or maybe a triple IPA could attempt to pull it off, but even then it is hard to cover up that much ethanol. El Diablo doesn’t even try. It’s a pale lager, barely darker than a well-hydrated piss stream.

It looks and tastes like a Corona with two shots of vodka in it. In fact I’m pretty sure that’s exactly how they make them. Every mouthful I swallowed generated an involuntary shudder, like I was chucking back a cocktail of sandpaper and moonshine. This isn’t a beer you can sit back and sip. This is a mortal battle of wills between man and drink. Every step of the way it wants you to give up, walk away, and buy something drinkable.

In the end I didn’t succeed. Every sip made me want to curl up in a ball and cry. I ended up squeezing about half a bottle of lemon juice into it, which made it if not palatable then at least potable.

As far as I know, the only store which stocks it in New Zealand is Big Barrel, which is yet to venture all the way down south, so for now Dunedin is safe from the evil clutches of El Diablo. Thank the Lord.

Pairs well with: sticking two fingers down your throat