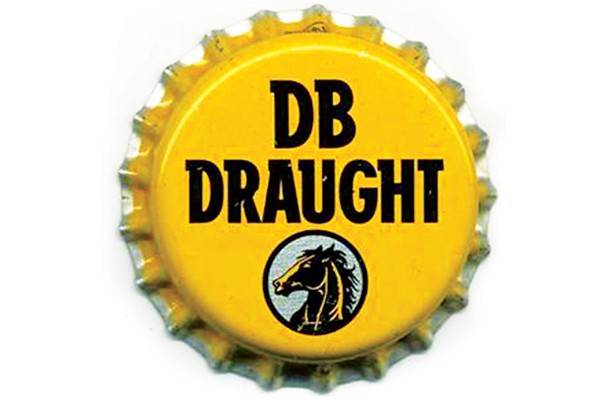 DB Draught is the Winston Peters of Beers

DB Draught is an old man’s drink. A sip on the lips is reminiscent of a hard day fucking sheep and feeding the chickens. It’s been around since before any of us could remember, and it will be around long after we die. Just like Winston Peters.

If Jesus turned water into wine, then Sharon the bartender at the Waikaouti Pub turned it into DB. DB is the last surviving beer that was originally brewed in the Canterbury region; I weep everyday for loss of Canterbury Draught.

The first note I picked up was banana fruit bust with a hint of wonka nerdalicious. And after a dozen or so it’ll turn your dick into a wonka nerd rope.

DB is like my bogan uncle: he’s living in the past, kind of an asshole, and has some very controversial views about the gays and the muslims. But even though he’s a total shit cunt, I weirdly admire the guy because he hauls bales of hay and sinks piss. DB is not a good drink, but somehow it makes you feel better about yourself.

DB is like investing Tinder game in a Christian girl; it’s not really worth it. You might get a response, but it’s not going anywhere.

One redeeming factor of DB is their ads. Most of you will not be old enough to remember these gems, but I am 100% sure that you will have heard, “That man deserves a DB”. It was a wonderful time, when even the most privileged white boy from Remuera could pretend they were a hard man just because they bought a beer from the South Island.

Would I recommend buying this drink? No. Would I recommend sinking a bunch of them after some idiot fucks out at your party and leaves a full box in your fridge? Absolutely. It’s a learning experience we should all go through.

Tasting Notes: Hints of grapefruit on the nose. Lingering flavour of stale old men and mould on the tongue. Aftertaste leaves you longing for another sip to wash away the taste of the first sip.

Froth Level: Breaking your hip at an R.S.A. dance.