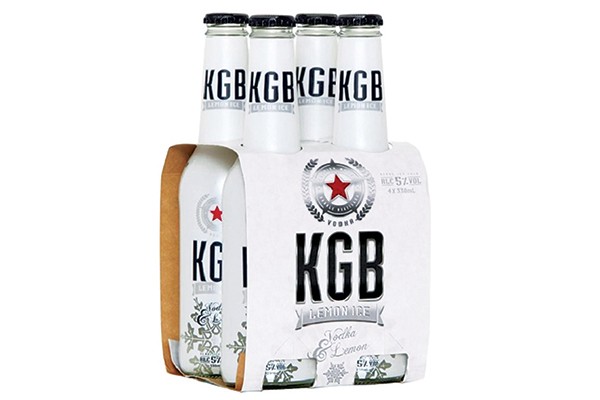 No One Over 20 Should Still Be Drinking KGB

This lovely wee drop is responsible for more lost virginities than the Year 13 ball. It’s incredibly fizzy and sweet; it’s a gorgeous treat.

It can be a real gamble though, if you seriously miscalculate how much you need to drink in a space of time, you’ll just get pumped up on sugar instead of drunk.

They’re a great drink for when you’ve already finished your box of beers but haven’t levelled up yet. They’ll knock you up to that next level. Great for robbing a train to Moscow, installing communism, or rigging the 2016 US election.

My experience of KGB is that you have 15 of them, spill your guts to your mates about some boy or girl you like, and go home and look at communist memes for the better part of an hour.

The taste is impressive for an RTD of its strength. It’s got a real lemony kick, and while that level of acidity can be unpleasant for some, it’s a deceptively effective way of covering the alcohol content. If I were to describe to someone who had never indulged, I would say that it tastes kind of like Lift infused with discount vodka and petrol.

Once, in my young, formative years, I mixed two litres of ice cream with six of these bad boys. It’s incredibly delicious, but a total waste of time. KGB tastes like nostalgia.

It’s incredibly easy to pound back two or three, but beyond that it becomes far more difficult. A whole box in quick succession is a shit time.

Overall, they’re tasty enough to trick a teenager into drinking them, but maybe reconsider your life if you’re over the age of 20 and still knocking these back on the regular.

Pairs well with: Being nervous about your NCEA Level 2 Physics exam

Tasting notes: Hope for future generations, idealism, having your whole life ahead of you.