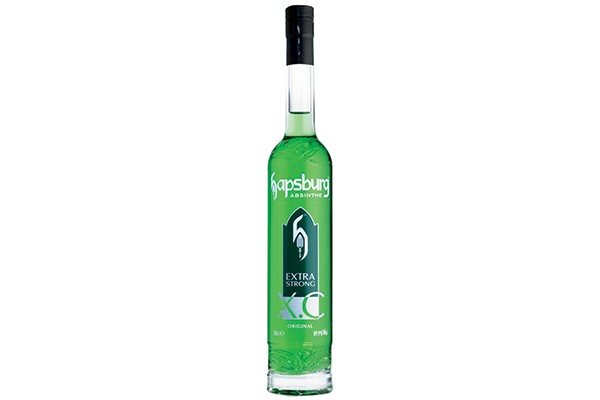 Hapsburg Absinthe is a Freight Train to A & E

Hapsburg Absinthe is a fucking crisis in a bottle. It makes Hurricane Irma look like a gentle breeze.

Absinthe burns like the spray I get from the cricket club’s 4th XI opening bowler when I drop a sitter at mid-on.

Absinthe is the end of the road, binge drinking’s natural finale. It's the end of a long dark journey to the final frontier of drinking. Think of yourself as an alcoholic Edmund Hillary. Climb the mountain. Do it for New Zealand. Knock the bastard off.

Absinthe is the big adult step up from spirits shots. It’s also one small step away from Turpentine and Meths. It’s basically pure ethanol.

With its weird fake-looking green colour and strong notes of petrol, let’s not beat around the bush, you're basically drinking straight out of a BP nozzle. 95 unleaded. Fuck yeah. Welcome to your new life.

Hapsburg Absinthe represents the best quick fuck around, at 72.5% one shot has 2.5 standard drinks in it. That’s fucking ridiculous. A 500ml bottle (1.5 beers) has 2.9 standard drinks.

Sure, it tastes like synthetic cannabis steeped in dishwashing liquid and it makes me want die, but who cares? If I can black out faster than I can finish in bed, it gets a tick from me.

A night on Hapsburg Absinthe is a big one, but a short one. Like how I imagine Dane Cole’s penis; would tear the sides off a tuna can but not touch the end. Lethal.

The most dangerous thing about absinthe is it’s so difficult to drink that in order to get it down you have to be already drunk. It’s like throwing gasoline on a house fire; probably not the best idea given the circumstances.

All in all, absinthe hurts more than listening to Justin Marshall’s commentary for a full 80 minutes. But if you’re ever in need of a good time fast, a couple of shots will go a looong way, it’s just probably best to avoid a whole night on it. And to be honest, the Hapsburg 72.5% is actually pretty tasty; it just burns like that gonorrhoea you got in first year.

Tasting Notes: Liquorice and Fennel seeds with lingering noes of Pain & Misery. Definitely getting a light bleach flavour too.

Taste Rating: Somewhere between 2 and 8 out of 10. Depends how much you hate yourself.