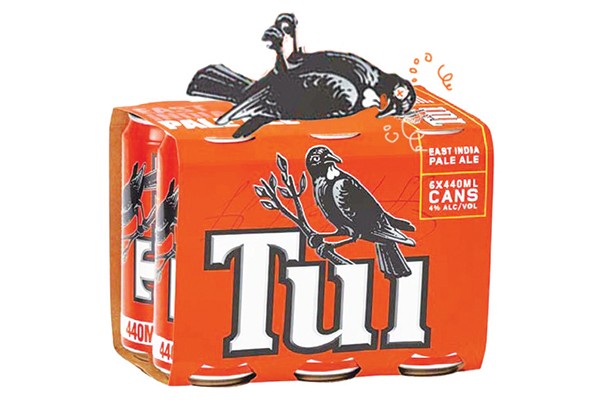 Tui Is The Worst Beer in New Zealand

Tui is a scourge upon our entire society. Fuck Tui.

It looks and tastes like Speight’s with a little bit of poo mixed in. It’s exactly the same as every other generic NZ Draught style beer, but somehow manages to be worse.

On the nose, I detect subtle notes of wet dog and semen. It tastes almost entirely of malt and carbonation. It’s difficult to identify any one particular flavour, but I would have to choose… farts. Not necessarily bad farts. Kind of OK, like the way your own farts smell. It’s technically gross, but you can somewhat appreciate it. The aftertaste is just a hit of sweetness and drymouth. I get the feeling the brewers may have forgotten to add the hops.

They claim to be an ‘East India Pale Ale’, which is the biggest crock of shit since the ‘totally real’ moon landing. The IPA was invented because adding a lot of bitter hops to beer meant it could last the entire journey from Britain to India without going off. Tui couldn’t even make it to Nan’s and back. It lies to your face with all the subtlety of Aaron Smith claiming he doesn’t have a girlfriend.

Tui ads used to have the line, “You’re a man, you know what you like, and you like what you know”. Well I’m pretty sure I don’t like fermented camel piss in a can, so Tui is out the proverbial fucking window.

The worst part is that you can’t even get properly drunk off this shit. It’s a well-known fact that your liver processes one 4% beer in the time that it takes for you to drink a 4% beer. It’s barely even alcohol. You need a proper finisher, like Diesels, to have a good night. While you’re at it, get a good starter too, maybe like Diesels. Fuck it; just drink Diesels.

Froth Level: The All Blacks in the 2008 RWC quarterfinals.

Pairs well with: Having no tastebuds, sense of shame, or self-respect.