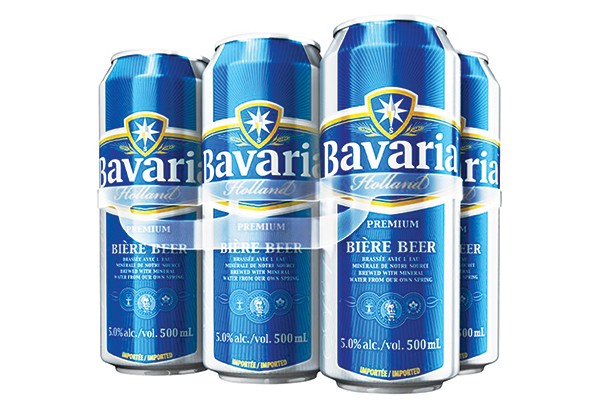 You Should Drink Bavaria This Weekend

I had splurged on a couple of unnecessary expenses this week, like an optometrist appointment and some vegetables, so I was feeling pretty skint when it came to the old moolah department. So it truly lifted my heart when I saw that New World was looking out for me with a $19.99 12-pack club card special. I’m not one to believe in signs, but I’m pretty sure this means that God loves me.

Recalling my primary school math skills, I quickly deduced that a 5% ABV turns a standard 12 pack into a 15er. And at 440mls, it’s a full third bigger than most beers, bringing it up to 20 standard drinks. Holy fucking shit boys; we struck gold here, $1 a standard!

I have to commend the good people at the Bavaria Brewing Company for their innovations in cutting costs in the most useless part of the beer: the packaging. The 12-pack utilises the massively underrated shrink-wrapping technique, while the 6-pack opts for the classic dolphin-killing plastic rings. Both options are terrible for the environment, but what are the lives of a few meaningless sea creatures if it means I save a buck on my beers?

In terms of taste, for its price range Bavaria blows the competition out of the water. While the big cans and simple labelling naturally lead you to put Bavaria in the same class as Wild Buck or Ranfurly Draught, I urge you to pour it into a glass and see that it deserves to be classed alongside Heiny or Stella. The colour and clarity are outstanding. The hop presence is light, just enough to give a little kick. Faint notes of caramel and freshly cut grass see out the refreshingly dry finish.

Bavaria is a perfectly legitimate example of a European Pils Lager. If it were sold in green bottles it would be going for $30; because green bottles are a bullshit marketing technique that someone has convinced people to equate with quality. Green bottles do piss all to protect beer from light degradation and clear bottles do absolutely nothing. The best beer in the world comes in cans.

Bavaria is like a finger in the bumhole. Not enough people think to try it, but if you do, you discover it’s a bloody good time.