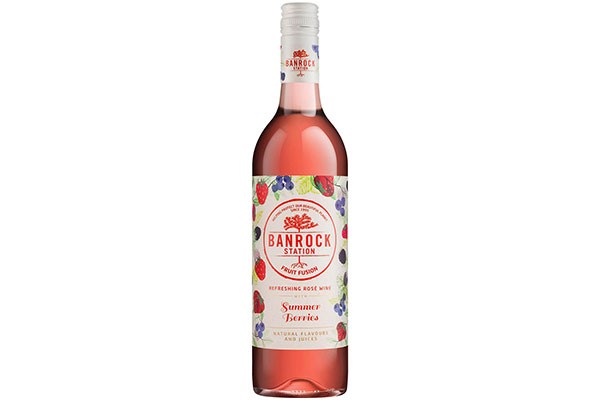 Holy fucking shit this stuff is a gamechanger. Banrock Station has taken some mediocre rose, mixed it with delicious juice and a whole bunch of sugar and produced the most scullable wine product on the market (seriously, the label says ‘wine product’, as if they can’t legally call it ‘wine’).

If you need to pound through a whole bottle and then move onto that second bottle you hid under your table at India Gardens, this shit is the way to go. Alcohol is known to decrease your ability to handle spicy food, so an easy way to counter that is to opt for a sweeter wine to mellow out the heat. As someone who struggles to chow down a Butter Chicken Mild, I’ve been running Rieslings for years. With a Banrock Fusion by my side I can smash a Beef Vindaloo with ease.

Yeah, it’s not quite as strong as a typical bottle, but you’re still getting over 6 standards for $10, which is nothing to scoff at.

Holster two of them to your hips and you’ll have a much easier time navigating difficult obstacles than trying to lug a heavy box of beers around.

Banrock Station Fruit Juice Wine-Style Alcohol Grape Drink is like playing videogames with cheat codes. At first it’s really fun and you can’t believe how awesome and easy everything is. But eventually you realise you’ve robbed yourself of a challenge. Nothing is difficult, and when you inevitably win it doesn’t quite feel like you’ve earnt it. Sure, you beat the game, but it’s just not the same. Banrock goes down a treat, but you don’t get that same sense of pride from finishing a bottle that you do from a throat-burning, dry-retching vessel of Little Penguin or Fat Bird. It’s like graduating from university but with a degree in tourism: It doesn’t really count.

Froth Level: Not quite enough