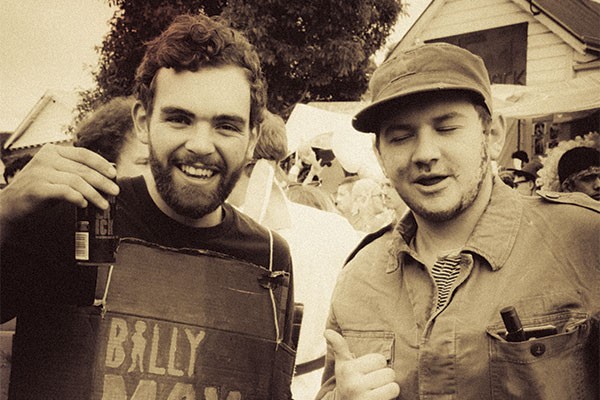 If You’re Looking to Get Fucked up and Start a Fight with a Lamppost, Billy Mavs Are the Way to Go.

If that douchebag that dropped out of your high school in year 11, wears a Monster Energy trucker cap everywhere, has ‘tribal’ tattoos despite being whiter than John Key in a snowstorm, and whose Facebook profile picture is a lowered Hilux, were an alcoholic drink, he would be a Billy Mav.

Bourbon and Cola is a time-honoured cocktail with a long history. The earliest record of the mix was in 1907, when the United States Bureau of Chemistry and Soils reported on its popularity on US Military bases, saying it “drove the soldiers wild and crazy”. Ironically the report was commissioned not because the Bureau was concerned about the alcohol, but to test whether Coca-Cola was pharmaceutically safe for human consumption.

Billy Mavericks take that fine history, kick in the face and call it a nerd. Old mate Billy makes no real attempt to get a good ratio of mix, good quality whisky, or even good quality cola. What it does offer is 1.1 standard drinks in a sleek, easily crushable can. Are you sick of only being able to drink as fast as gravity can pour? With Billy Mavs you can literally squeeze the liquid into your mouth. It’s like a Ribena packet but with sharp edges you can cut yourself on.

The 18-box offering really sets Billy’s apart from the competition. While not necessarily good bang-for-your-buck, it’s definitely got you sorted on pure quantity. I find it works particularly well as a pre-drink before moving on to Fat Bird wine, causing a scene at India Gardens, throwing up in your Lamb Madras, and getting kicked out at 8:30. Overall, if you’re looking to get fucked up and start a fight with a lamppost, Billy Mavs are the way to go.