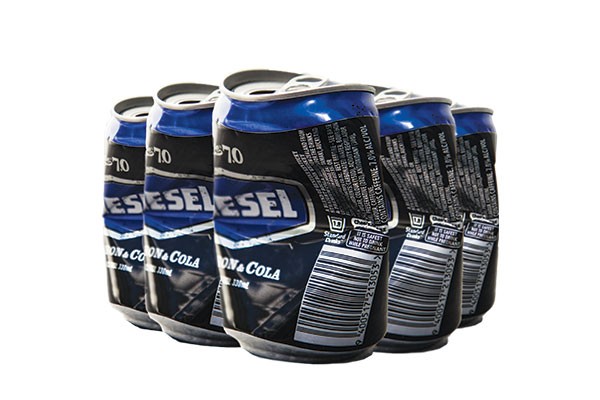 Diesel is a foul, horrific, gross, horrendous, revolting, evil, nasty, blasphemous, putrid offense to the senses and all sense of moral righteousness. Whoever invented it has done more damage to New Zealand than the Christchurch Earthquake and Max Key’s musical career combined. It’s no coincidence that the first three letters spell “Die”. It is the alcohol equivalent of Kim Dotcom. Many have tried, but contrary to popular belief you cannot run a truck on it.

A standard 21st Birthday calls for a full Yard Glass, but a 21st on the Saturday of O Week deserves something more. So, out of pure love for the loyal readers of Critic Booze Reviews we opted for a full Diesel Yardie, something that epitomises the North Dunedin attitude of self destruction. The glass in question was poured at 12pm the day prior to ensure it was as warm as Archway 4 in a full lecture and as flat as Kim Kardashian’s personality.

It started like a First Year Health Sci student trying to get into Med – full of hope and ambition, but just like the unfortunate freshers, it quickly deteriorated into a punishing and wounding experience of depression and pain. The middle got slower and it continued to drag on. The target of sub-1 minute was well and truly out of the question.

Any self-respecting person would have given up by now, but luckily I don’t respect myself at all. My heart was heavy, my knees were weak, my palms were sweaty. There was vomit on my sweater already. But I only had one shot, one opportunity, so I pushed on. The sweet sticky nectar continued to force itself down my throat. About two-thirds of the way through the adrenaline kicked in, which was essential to finishing off the last few drops.

Overall it was a terrible experience and I hated every moment of it, but I had fun and I would recommend it to anyone who wants to try it.