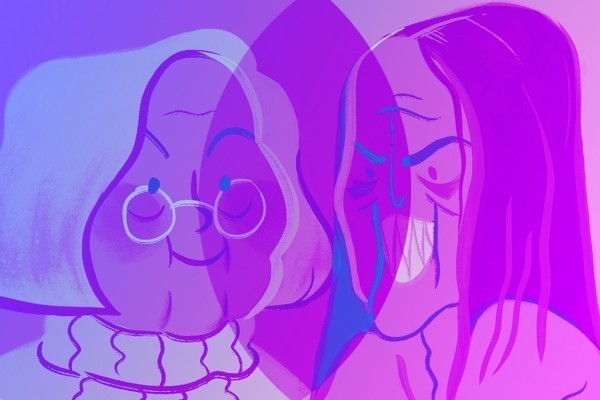 Our property manager is showing people through our flat for next year, and, to make it easier for us all, is only doing this once a week on a Monday afternoon. This Monday, we came home to find that the backdoor was wide open. We know we left it locked and shut. The only explanation is that the property manager left it open. We want to keep the flat mould free and healthy, so had left on a dehumidifier and heat pump for the three hours we were out, and so all that effort was wasted by the back door being open! Over the year she has not been getting things fixed and is generally unhelpful, even though we know the actual landlord is great and really helpful. What can we do?

Ethel and Hyde is brought to you by the Student Support Centre. They advise you to take Ethel’s advice.

Having people through your home is difficult enough without this! The property manager has certainly not paid due diligence by leaving your door open, and this is a safety concern as well as being very annoying for the money which just floated out the door. Even though the property manager said to phone them if you have an issue, writing is always best because it creates a record. Email them to say your door was left unlocked and open and that this is a safety concern along with a financial one, and because it’s never happened before you know it must have been when the viewing happened. Email the property owner to inform them what it’s been like this year with the specifics. It’s difficult for property owners to get feedback on the quality of the managers they employ unless tenants such as yourselves make the effort to let them know. Roleus Reversulus. Clearly this is evidence to SMITHERISE the FALSE MYTHOLOGY going on out there in the Wider (pun intended) Community that Glorious Students don’t know what they’re doing. When you start leaving doors open which are supposed to be locked it’s not a sign by itself, BUTTHEAD, when it’s combined with forgetting to do your job, answer emails and forgetting the NICE words you SHOULD use when talking to your SERVICE USERS, AS IN CUSTOMERS, then it might be time to consider rolling in some rosemary to support YOUTHFUL COGNITIVE FUNCTIONS and stay in the game. Other signs to look out for in your property manager which indicate senility and generally being hopeless are: When you’re told to dry washing outside in the damp climes of North Dunedin; when they turn up unannounced; when they have you up for not cleaning but made you move into a Shit Heap of grossness at the start of the year; when they want to charge you for two extra months when YOU WON’T EVEN BE LIVING THERE! The things students have to put up with are UNTENNABLE!

Ethel & Hyde: A call for questions from our good and evil agony aunts. If you want to sort out your problems and/or make them worse, you should write to ethelandhyde@ousa.org.nz