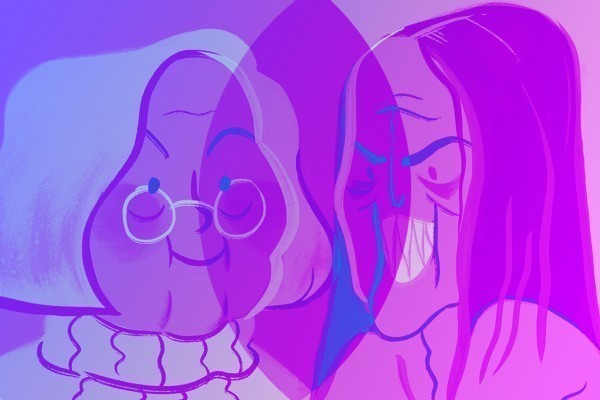 I have a faulty laptop. Problems started not long after I bought it, but I was too busy to take it back, so I just tried to keep going, but it is not connecting to any wifi and this makes it pretty much useless to me. I’ve taken it in twice and they just send me away saying it’s the uni wifi at fault, but it isn’t, it is the computer, because I finally got them to send it away for testing and it is broken. They have offered to replace it, but I just want my money back. They are only offering to give me 2/3 of the price I paid, even though I bought the extra warranty for another $300. What can I do? Do I have to accept the partial refund?

Yours in hope,
Ripped off shopper

Ethel and Hyde is brought to you by the Student Support Centre. They advise you to take Ethel’s advice.

Firstly, as I’m sure you’re now aware, the extended warranty, or Product Care as it’s often called, is a waste of your precious money as you’re already covered for free by the Consumer Guarantees Act. Never, ever, waste any more money on such things! The Consumer Guarantees Act, sections 21, 22, 23, state that you are entitled to return goods which don’t meet the standard or perform the function(s) you would expect, in your case connecting to the internet through wifi. This is called ‘rejecting’ the goods. The supplier is obliged to replace or refund the goods, depending on the choice of the consumer. If the supplier is reluctant to meet their obligations or tries to bamboozle you with false logic around why it is okay for them to only refund you part of the money, it is best to stop dealing with them and lodge a complaint to the head office through the company’s website. For free legal advice you can go to Community Law Otago, or come and see us at Student Support if you want help writing your complaint out formally. Good luck, don’t give up! Don’t they know the customer is ALWAYS RIGHT. Certain looks inspire action - think about the Joker (Heath version), he accomplished a lot with his good looks and charm. You too can achieve these kinds of results, you just have to BELIEVE and look powerful. Time it is to stop hair brushing, teeth brushing and armpit scrubbing, POWER has a SMELL. Make-up will be needed, two basics - eyeliner and lipstick - plus foundation, or a dusting of flour. Do your face and then smear up on one side and down on the other. POWER has a LOOK. POWER has a SOUND - choose your POWER BEAST and use their sound every few seconds to emphasise your point. My POWER BEAST is the cassowary because it also has a dagger claw, can kick-box and run fast. Take the POWER to the store and BE the BEAST they need to get rid of, lift your arms and waft the tendrils of POWER in their general direction, whilst demanding a FULL REFUND or else you will unleash the BEAST AND THEY WILL SUFFER. POWER has a FEELING. It is VICTORY.

POWER has a taste and it is SWEET.

A call for questions from our good and evil agony aunts. If you want to sort out your problems and/or make them worse, you should write to ethelandhyde@ousa.org.nz