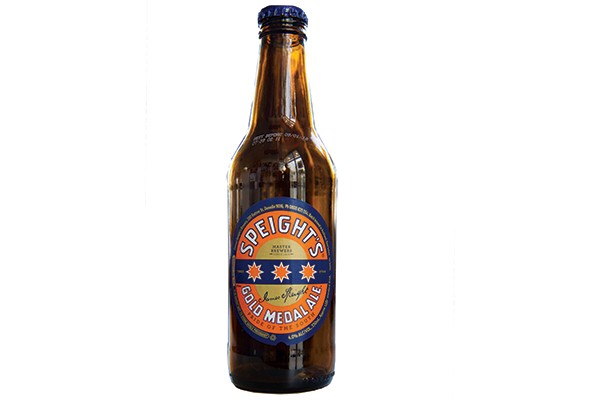 Speight's Counts As One Of Your 5+ A Day

It’s hard to review Speight’s. It has so much meaning to so many people. It was the first beer my father ever gave me. It’s the beer that has fuelled Scarfies for generations. Would I say it’s the tastiest beer in the world? No. But it’s the beer that makes me think of home, that calms my fears, that I know will always be there for me.

Speight’s is a stock standard beer with no particular distinguishing features. A slight malty character, but not too much, and fuck all hops. It is the perfect can to crush after a day working physical labour, or if you want to render your gym workout pointless. An affordable jug can be acquired at any pub and goes down easier than a UniCol fresher.

If I rack my brain for any qualms I might have against the fine canned Speighetti, there are a couple. Perhaps it is the overly mild flavour, or perhaps it is simply my body becoming immune after consuming such vast quantities, but I find it genuinely hard to get drunk on. I like to think my liver is so accustomed to Speight’s that it can process it without even trying. I guess that’s why it also comes in 15 and 24 box sizes – 12 sometimes just isn’t enough. I once drank a 12 box of Speight’s and then did an exam at 9:30 the next morning. While any other beer would have made it near impossible, I snaked a B- and only had to take one vomit break.

And let’s talk about their supposed ‘Gold Medal Ale’. First of all, it’s not an Ale, it’s a Lager, so that’s a crock of shit. And the three ‘medals’, which the title refers to and which are represented by the three stars on the label, were won in 1877. That was a hundred and forty fucking years ago, when the recipe was completely different to today. It’s like how Squiddies still has a poster up from winning Critic Best Fish’n’Chip shop back in 2006. Maybe get something new to boast about guys, it’s getting sad.

Tasting Notes: Serenity, joy, a sense that all is right with the world