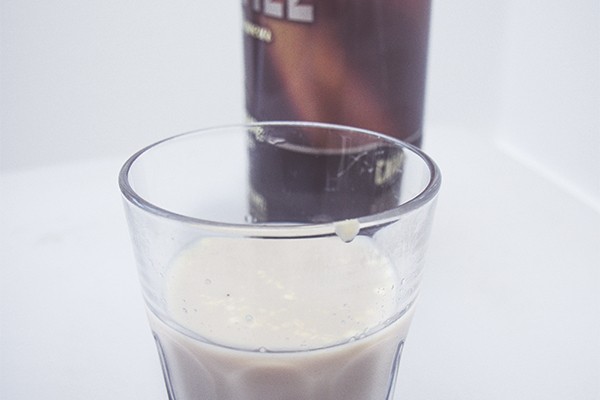 Leith Liquor clearly made some sort of fuckup with their suppliers, because for the past couple of weeks they’ve had a pile of this stuff big enough to kill a whole floor of unicol freshers staring you down as soon as you walk in the door, and they’ve been desperately trying to get rid of it.

As soon as I stepped inside I was being sold on the product. “It’s kind of mixed wrong,” the helpful clerk informed me, “Some of the ingredients didn’t really work together, but it works if you shake it up. Plus, it’s fucking cheap.” And fucking cheap it was. At 7.7 standards a bottle, most of the flavours in the Drink Craft range go for $11 a bottle. This concoction was going for $6, or $30 for a 6pack. That’s 65 cents a standard, who can say no to that? So, I bought six of them. Okay that’s a lie, I bought eighteen.

That may have been a mistake, because, unsurprisingly for the price, it’s not great. Some of the bottles have little lumps in them. All of them are way, way too salty. It kind of tastes like a bottle of Canterbury Cream mixed with a pint of salty sperm.

But what it lacks in taste it also lacks in drinkability. It’s a little too thick to comfortably scull from the bottle and the over the top salt caused a bit of a burning effect on the roof of my mouth. I pity anyone who attempted to drink a whole bottle of this in one night, your tongue must have been rubbed right off like you were swigging sandpaper.

I thought I had come up with a genius way to save my purchase when decided to pour some into a chocolate fountain, but it turns out that’s an awful idea and it curdled up and ruined the whole evening.

I now have 17 bottle of this shit in my room and I have no idea what to do about it.