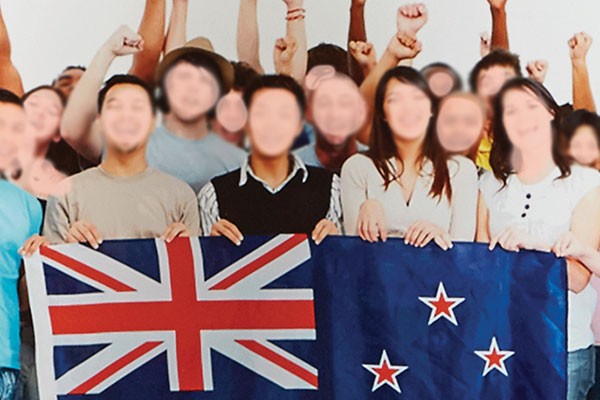 Why we printed a Don Brash interview

Last week an advert appeared in The Star newspaper promoting Don Brash’s new political movement “Hobson’s Pledge”. In it, the group calls for politicians to stop giving “extra rights for those who arrived here first,” “favourable treatment based on claimed treaty principles,” and asks that those who “don’t like being sneered” at and called “racists” join their ranks. It asks for donations of between $25 and $750. They also have the gall to quote Dr Martin Luther King’s (sans the “Dr” part) “I Have a Dream” speech to reinforce their warped understanding of the issue.

It is astonishing that Brash can look around at his ancient, white cohorts and conclude that we live in a fully functioning meritocracy and therefore should not give “favourable treatment based on imagined treaty principles.”

Having laws that theoretically give equal rights to every adult citizen of New Zealand doesn’t address the prejudice and inequality caused by colonialism. Pakeha today may not have been personally responsible for the crimes of their ancestors, but they continue to benefit from them.

Brash came into the political sphere as the National Party leader on the back of his financial expertise as the Governor of the Reserve Bank and was not initially involved in race politics. He seems to have jumped on this divisive bandwagon later in his career when he discovered he could attract votes by banging on about ending the “favourable treatment” of Māori. Now, as an extremely wealthy ex-politician, Brash has a position of power and influence he could be using for a good cause, as many other ex-politicians have done in the past. Instead he has chosen to push a weird, racist agenda that is not going to benefit New Zealanders in any practical way.

Brash has stated he is tired of “being sneered at” and being called a racist, as though being ‘sneered at’ is a form of oppression comparable to what Māori face in their everyday life, and have faced since Pakeha turned up in New Zealand to deceptively appropriate their land. He claims preferential treatment of people is coddling them, as though he hasn’t been coddled his entire life by being born into privilege with the right family of the right colour and right religion, with a father who was the Chief Executive of the New Zealand Dairy board.

We had an argument in the Critic office about whether or not to print our interview with Brash (pages 12 and 13). It centred on whether, by giving him space in our magazine, we were helping him to promote his controversial agenda or whether we were simply providing a broad range of political information in an election year.

The rise of right wing populist politics and the increasing acceptability of their messages is a terrifying phenomenon that is happening around the developed world (France, UK, USA) largely due to the dissemination of false information and deceptive political tactics (think “alternative facts”). This phenomenon has prompted closet racists to feel accepted enough to say what they used to merely think.

Dr James Maclaurin wrote an opinion piece that we printed in Critic last week, entitled “How to keep talking when the world is upside down.” In it he argues that “What we desperately need is effective, honest, and productive arguments with people whose passionately held beliefs are diametrically opposed to our own.” Actively listening to other people and attempting to understand their point of view is the first step to counteracting those views. We believe Brash when he says he thinks his ideas would make New Zealand a less racist society than it is today. We also think his ideas are full of shit. You may not agree with him either, but maybe if you take the time to read his interview answers, you will be a bit better informed on how to talk to people with similar ideas in the future.