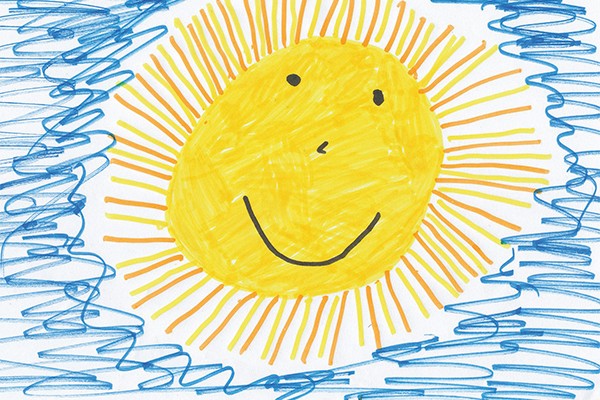 Editorial | Do some art

It’s Art Week. Here’s one of my favourite quotes: “If something is worth doing, it’s worth doing badly.” G. K. Chesterton said that. Before you say that explains Critic, let me elaborate.

If you adhere to the better-known version of the quote, “if something is worth doing, it’s worth doing well,” then, if you don’t think you can do something “well enough,” you’re not going to do it at all. I say fuck that. Quantity is better than quality in creative fields. Quantity is where you get better. Quantity is where you find your surprises. Did you write a song, but you only have a guitar with four strings and a tape recorder? Record it anyway. Then it exists. If you like the song, you owe it to the song to make it exist, even if the sound quality sucks.

The secret enemy of creativity is perfectionism. Writer Karen Kilgariff says most people don’t do anything, so if you do it you’re already infinitely ahead of most people. It’s never going to be perfect. You can’t even predict what people are going to like and what they’re not. A musician friend told me how frequently her favourite songs are ignored, while the ones she thinks are not so good end up being the ones people make a big deal about.

Creativity can be making a card for a friend to show that you are thinking of them. Nobody ever receives a birthday card and thinks: “yikes, I wish my friend had put more effort into this thing. It’s a piece of shit. It would have been better if they hadn’t bothered.” Doing something is almost always better than doing nothing.

If you think you can’t do anything until you have exactly the right guitar, the right camera, the right workspace, the right anything, you’re never going to get shit done.

In saying all this, there are going to be plenty of people who don’t like what you do, and some of them might tell you so. The implication behind a lot of criticism is that if they ever did it the critic could do a much better job themself. Their song wouldn’t be cheesy, they wouldn’t paint like a child, they would write a more gripping story. If they ever did it. Which they won’t, because they are terrified that what they made would not be the divine thing in their head, and it wouldn’t live up to their own standards and the standards of the people they think they’d like to impress.

Criticism and politics are so far removed from the actual process of creating. Screaming in a band room with your friends, or painting till your room is full of pictures, or writing poetry for your pets has nothing to do with terrible tweets about how awful people’s work is. If you love what you do, it really won’t matter if other people don’t like it. Then, if you keep doing it, you’ll get better, you’ll find your niche, and you could find people who your work appeals to in a way that nothing else does.