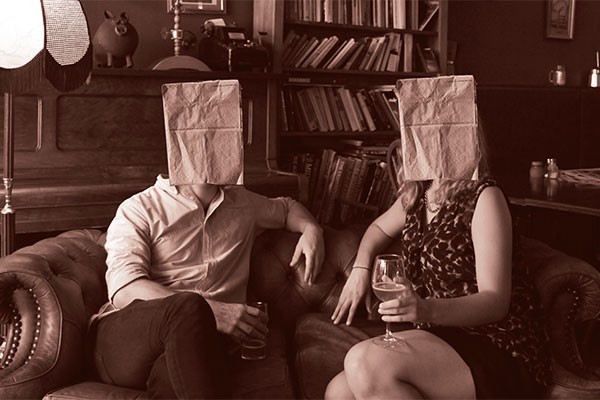 I turned up to Dog With Two Tails (cheers guys, love the train! Beep beep!) a little tipsy and the nice folks there seated me at an empty table. I was only there for a quick minute (but long enough for my idiot friends to get bored with waiting outside and being dicks) before a tall blonde slunk through the door. As she moved closer, I was floored.

So last summer I went to a New Year’s bash at Otematata with the squad. I don’t wanna get blue but I did make particular personal acquaintance with a hot Australian while I was there. We had a blast, but I figured since she was just there with a mate, she’d be back to Oz come February. But no, there she was, standing looking lost in the middle of Dog With Two Tails.

The girl who wore sequins at the lakeside last December was now dressed in a decidedly demure dress but she looked just as phenomenal as she did then. When she saw me her face lit up and I knew the night was going to be AMAZING. It turns out her family had decided to move

here, and she had transferred to ol’ Otago to study physio. As the wine flowed, so did the conversation. We’re very different people but she spun an incredible yarn. IDK who does the matchmaking at Critic but you guys nailed it.

We had a great time and snuck off to the bathrooms for a ~closer chat~. I complimented her outfit and felt pretty insecure about myself tbh. I excused myself and slithered into the bathroom to spruce up (and to swoosh my hair a little better-- I wish I had followed that beauty school thing the guidance counsellor suggested). When I came back she had vanished? I awkwardly lingered for a bit and then sat back down because I sure as shit am not wasting that $100 tab. She came back and had slipped into something a little less comfortable. I was sold.

I’m not a gal to kiss and tell, so I’ll leave this story with my Australian and I in each other’s arms, flying off into the night in her jalopy.

Well, it’s the end of the semester, so after a whole year of the gang poking and prodding at me to do the blind date, I sucked it up and went for it. I didn’t really know what to expect, but I did NOT expect what happened.

A bit awkward walking in a realising we’d already banged in Otematata. She was a total babe but I’d forgotten her name - so embarrassing.

We had a couple of wines before I managed to catch her name. We got a bit tipsy and started talking and realised we had some “friends” in common, but they are were actually more like frenemies. Turns out her friends think I’m a total bitch and a jock. I wanted to know why and it seems like some jealous woman had a crush on my date and wanted to make me look bad.

I think my date believed me that I’m not a total bitch cos, spoilers, she took me home.

I thought we were having fun but then it got weird when we were pashing and she suddenly said “You call that a belt? That’s fake leather!” I didn’t know if it was meant to be a joke. My belt is made of leather. I got self conscious then remembered I had a change of clothes in my bag. I went to the bathroom and changed into some tight black pants, off the shoulder top, and I even managed to curl my hair. I came back and she was deep in a glass of something bright pink and definitely alcoholic.

I decided that she was the one I wanted-- she’d shock the flatties but who cares? 10/10, would bang again, cheers Critic and DWTT.