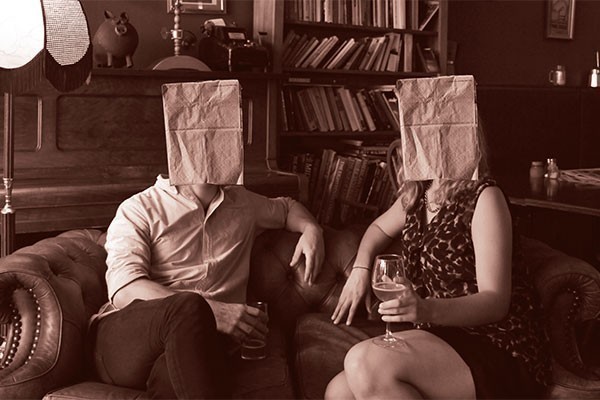 Had to do one before the end of uni so I picked my balls up off the ground and jigged up a wee blind date. Was really praying that a complete stranger showed up, but because there’s about half a degree of separation in Dunedin, I wasn't surprised that I quickly identified this youngin’ as a mates old tinder slam piece. Mint. No offense bro but not huge on sloppy seconds lol, stitch up! But hey, this country was built on stitch ups.

Aside from this, the actual date wasn't too bad! That’s if I ignore the fact that I deleted half a bottle of Seagers beforehand and stopped being served drinks halfway through. I think I also recall being forced to order a bowl of fries at about halftime, Bone Appléteeth! Nah the date was probably actually really shit. I can't imagine that listening to atrocious slurred chat for about three hours would be much fun, sorry love!

I ruled out the sleepover option early doors, however she was definitely on a mission for a dust. Evident in the fact that she obviously got sick of babysitting me and found prince charming later in the night, hope he was the boy of your dreams!

Chur Critic for a fun night, not chur to DWTT, wasn’t even that hooned ay.

Having signed up for the blind date a while ago, admittedly more than once, I finally got my opportunity. I arrived at the bar to meet a nice looking chap. The usual small talk ensued and it became very apparent that he was more than sufficiently intoxicated. It must have totalled to around six times that he asked “what are you doing over the break?” Top chat.

After working out what he studied, I also had a fair idea that he was definitely good friends with someone I had previously been sleeping with. This topic was soon breached and he said that he knew exactly who I was the second I walked in. Despite, this not putting me on great stead for the date, we still had a pretty fun night.

As events proceeded, including him getting cut off from the bar and me finishing the tab with a decent amount of absinthe… I think I may have given him a wee pash alongside another guy that I made friends with that night (in front of my date). This friend really must have ruined my dates night, as he also nicknamed him and was effectively cat calling him, which seems very unusual on reflection. However, a pash was as far as things were going for either of these lucky guys.

The real guy that stole my heart, was a man that probably tripled my age and was a swing dance expert. I first started to dance with my date, but was more interested in the teacher. We must have danced some seriously good moves for a solid hour and I’m pretty sure this is when my date left. Sorry to the readers for the lack of post date scandal.

P.S. To my date, if you still didn’t catch on, I went home over the break (I suppose that’s acceptably forgettable). Also, my flat mate that you study with thinks you’re hot ;)