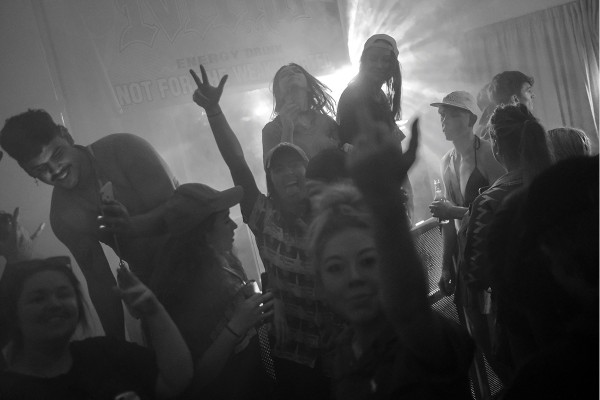 How to safely party through the pandemic

If you’re anything like me, chances are you spent all summer yearning and lusting after Flo and O. Those dreams came crashing down for all of us on January 28th when Red Light was announced, putting limits on gatherings and restrictions in place.

Look, I get it. This shit’s disappointing. Covid-19 is kinda like your creepy ex boyfriend, or that chick who peaked in high school who always asks you to join her MLM. It’s kinda like the viral embodiment of Simon Bridges. It just keeps popping up, right when you think you’ve moved on. However, we mustn't be discouraged. While all hope may seem lost, and all potential partying thrown out the window, there is a way around these things.

Thing is, we’re not going to stop partying, and nobody expected any different. But there’s a risk this time. There’s a risk to your health, to your mates and to your community, which sucks. There’s also the serious risk that you can get in legal trouble. Here’s our list of tips to adhere to, not because we want to force you to do anything differently, but because nothing feels better than telling an authority figure: “Yeah nah, actually, we’re following every rule in the book. Read it and weep, baby.” It is possible to party through this pandemic, my friends, and the party must go on. Legally.

Yeah, for real. Best thing about this is you can see which of your friends are secretly not using their given names. Under red light, gatherings are limited to 100 people with proof of vaccination - this is the small print that always catches people out. This means you can’t just have a 100-person free for all with every Cody, Josh and Dylan that washes up from Castle. Also, chances are the police and campus watch will be lurking around the student area waiting to break up gatherings that look like they’re over the limit. To avoid getting busted and ruining it for everyone else, designate one of the hosts to go around and scan everyone’s vaccine passes. I’d recommend you allocate this job to that one guy who thinks he’s a security guard and always wants to bar the fuck up with people (which could be useful if an anti-vaxxer infiltrates).

Alternatively, if you have a Facebook event page, just get everyone to message their vaccine pass to you directly. This way, if the cops come by to accuse you of breaking Covid restrictions, you can pull an uno reverse card on them when they see you’ve been scanning for vaccines and numbers. Who’s the law breaker now, mofo? Make sure you have several QR scanners around the flat, which you can order from the Ministry of Health website, in case your party becomes a location of interest for the wrong reasons.

Unpopular opinion, but red light restrictions might actually be the perfect time to plan the best red card you’ve ever had. Red cards reach their peak performance when there’s a limited amount of people, because it means the theme, games and challenges are kept well intact and there are no random drunken pissheads showing up and ruining it. Play the restrictions to your advantage, because we all know once this is lifted things will go back to insane ragers. Think a murder mystery party, a David Bain sweater party, drunken olympics, or even a Covid party. People can only drink Corona beers, and if you come within a metre of someone, you need to take a shot. Recreate all your favourite old childhood games, but with a twist! Think “pin the mask on Brian Tamaki” (included in this issue) or “Pass the Protestor.”

If you are still wanting to have a bit of fun, but don’t want to risk hosting a major party for whatever reason, turn your flat into an escape room. Get together with the flatties, and your nearest and dearest homies. You, the host, could set up an escape room in each major area of the house - think lounge and kitchen, and a couple bedrooms. Designate people into teams, and let the entertainment begin. Everytime someone makes a wrong guess or error, give them a shot. It’ll be entertaining for all parties involved, and is a lot better than sitting around and drinking to pass the time, or risking catching Covid at a major rager.

Much like the points above, red light might be the perfect time to do early flat bonding so you can all get together before shit hits the fan in second semester. Red light can also be a time to steer away from the usual packed piss ups to try something a little different and a little more wholesome. Host a flat potluck! Invite a couple of other flat groups around, and find someone with a big backyard on a sunny night. Everyone brings a dish (and a bottle of something) and spreads it around. Everyone grabs a plate and a few bevvies. Put up some fairy lights, spread some disposable film cameras around, play some tunes and there you have it. It’s like a mini, DIY hippie commune, and for one night you can feel like you’ve escaped the horrors of late stage capitalism, the pandemic and climate change.

Another party theme which is very Corona friendly is having an Amazing Race party, which is exactly what you think it is. Grab together an even number of mates and form them into teams. The less they know each other, the better. Create an “amazing race” around all the outdoor areas in North Dunedin (gotta get that ventilation!) Think the botans, Woodhaugh Gardens, North Ground, the Leith river.

The first team to make it back to the flat wins. Each time a team fails a challenge, they must do a funnel or shotgun a can. Like everything in this list, the drunker you get, the harder the challenges. Just make sure the contestants are masked up on their journey, and don’t make pit stops in crowded venues – keep that shit outside.