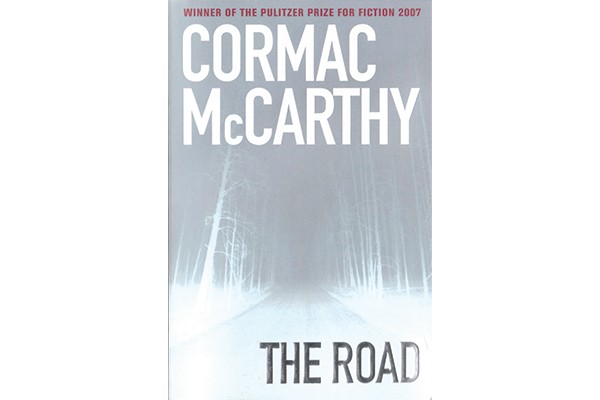 The Road By Cormac McCarthy

This book will take you a day or two days tops to plough through.

At times it’s thrilling, but the format is simple and McCarthy has dropped all quotation marks and “he said” / “she said” to make the writing have a smooth feel.

A father and his son (unnamed) push a trolley containing all of their possessions through a desolate post-apocalyptic wasteland as they try to reach the coast. Both the father and son are in increasingly poor condition, and I was constantly waiting for one of them to drop down and not get up.

You feel the intense determination to survive in every character. Every time it seems that the father and son are on the brink of failure, some peculiar act of good fortune will yank them from death’s door and their exhausting misfortunes continue.

The book takes place over several months, and the father and son encounter many dangers, from cannibal marauders to starvation and sickness. There are many thrills and intense scenes, and I found the book never lost pace; my heart raced on every page. It is emotionally shattering to watch the two ‘good guys’ push through the pitiless world.

The reason for the world coming to an end is never explained. What is sad is that, as a reader, I did not question the apocalypse for a second: I just accepted it.

There aren’t many reassurances in The Road. It’s a haunting and beautiful read. You grow to love the father and son as they continue on their harsh journey to the coast. It is already a classic in my opinion, relevant and eerie. The Road was awarded for the 2007 Pulitzer Prize for Fiction.

Not one to read if you’ve recently watched Before the Flood and are concerned about the fragility of the world.