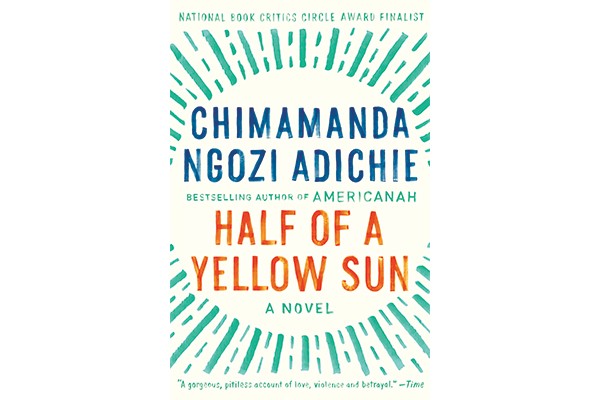 Half a Yellow Sun

Chimamanda Ngozi Adichie is truly a master of words. She combines history with fiction beautifully, and brings us close to the Nigerian Civil War (1967-1970), which I knew nothing about beforehand.

The book follows the lives of five characters: Ugwu, a boy from a poor village; Olanna, an “illogically beautiful” professor; Odenigbo, her lover; Kainene, her twin; and Richard, an English writer. All of the characters are flawed, and they are tested by the war.

It is a complex book; jumping through time to show the origins of the conflict between the Hausa and Igbo peoples, and the consequences of that conflict.

The contrast between Ugwu and the people he serves caused me uncomfortable anger, and the war brings out their true colours. Adichie captures violent scenes vividly, and I felt sick during many chapters.

Half a Yellow Sun draws you in, making you hungry for more. The most impressive feature of the novel, in my opinion, was Adichie’s ability to communicate the horrors of war. The writing is intelligent and fluid.

Adichie is a wonderful writer, and an amazing woman. I suggest you all read her as soon as you can.