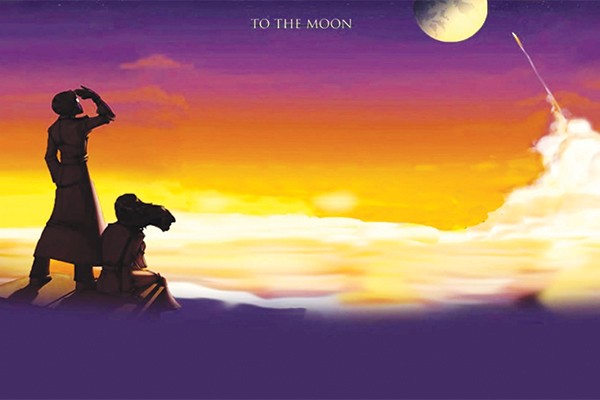 I’ve been on a bit of a story-rich indie game high recently. Oxenfree, Cibelle and Ladykiller in a Bind to name a few. This is definitely due to their accessibility. The most that these games cost is only around $20, they are available for both Windows and Mac, and can be downloaded from either Steam or itch.io. I feel extremely lucky to be living in a time where games are so accessible to everyone. Playing through these shorter, narrative driven games have made me more excited about games as a meaningful platform for telling stories than any Triple A game has in a looooong time. I genuinely can’t recall the last big Triple A title I played that I am still thinking about with regards to its narrative. Maybe The Last of Us? Which I played maybe three years ago? Yikes. I’ve certainly played games where the gameplay and characters are great, but the overarching narrative I can’t really remember or I didn’t really care about. Titles like Final Fantasy XV, Fallout 4 and Breath of the Wild come to mind. Of course these are all huge games, that they want you to explore for hours on end and complete as many little side-quests as possible, so it’s hard to compare them to these smaller games that essentially want you to do the opposite.

Regardless, I think that’s why I’ve found these shorter titles so refreshing. It feels so good to spend maybe five hours playing one set experience and then swell with inspiration and discuss them with everyone I know and tell them to play them. My friend recommended To the Moon to me after I wouldn’t shut up about how great short, story-driven indie games are. To the Moon is an indie RPG adventure game released in 2011. It was met with resounding positivity from the likes of Eurogamer, PC World and Gamespot and gained an extremely loyal fan base that are still actively creating fan art and sharing what they love about the game on both Twitter and Tumblr. I had never heard of it and immediately downloaded it from Steam.

Having absolutely no idea what to expect from this game, I was pleasantly surprised by its compelling concept and characters. Because this game is so heavily story driven, it’s hard to go into huge depth without spoiling it, so I’ll try my best to sum it up without ruining it. Game reviews are hard, you guys.

Dr Watts and Dr Rosalene are the main protagonists, and work for an organisation called Sigmund Corp. Sigmund Corp provide a wish fulfilment service; when people are on their deathbeds, they can fulfil a dream that they did not get to achieve in their lifetime. This requires employees of Sigmund Corp to alter their real memories with artificial memories, so that they can essentially have their futures rewritten and their dreams fulfilled. To the Moon follows one patient, Johnny Wyles, and his wish is (can you guess it???? I bet you can!!) to go to the moon. However, he has no idea why. The story unfolds as Dr Watts and Dr Rosalene go back in time through his memories and try to find the source of his desire to go to the moon, as well as to inspire his younger self to become an astronaut to literally fulfil his dream.

At the beginning you choose to control either Dr Rosalene or Dr Watts, however this has no impact on the outcome of the story; you eventually switch between the two. Both are extremely loveable in their own ways. Dr Rosalene is intelligent and her dismissive apathy towards Dr Watts’ enthusiasm and child like attitude to their job makes the duo wonderful to follow. The humour is witty and the gameplay involves a lot of point and click adventure style, encouraging you to examine every little detail about each scene. Make sure you check out the toy platypus (it serves a pretty important role).

The sequel, Finding Paradise, has been announced for release in late 2017. I’m pretty pleased I played To the Moon this year, as a 6 year wait for a sequel to such an incredible game may have killed me. There is even a FREE Christmas special short that you can download in the meantime!