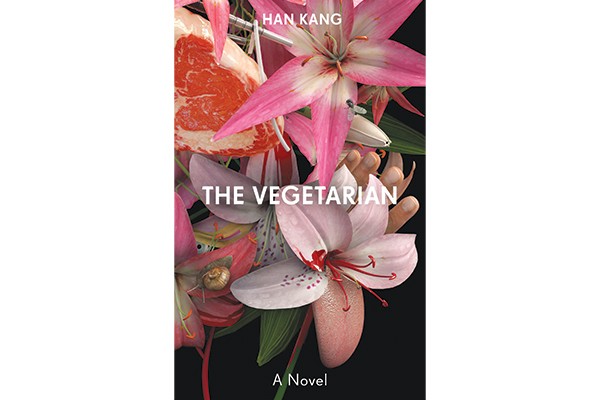 Read this book and you’ll be put off meat for several weeks (not the worst thing in the world).

Winner of the Man Booker International Prize and the Yi Sang Literary prize, this is Han Kang’s first book to be published in English and I am oh so grateful for it.

Written in three parts, it is quick and easy to get through. The first section titled ‘The Vegetarian’ focuses on Mr. Cheong, a generic working man in South Korea. Cheong describes his life as so simple it’s complicated and complains about his wife Yeong-hye, regarding her as “completely unremarkable in every way”. He goes on and on about how he never really had the hots for her when they got married, but how that’s ok because she’s a dutiful little wife. Once you get over his misogynistic moaning of ‘me, me, me’, the book gets very interesting.

Waking up in the middle of the night, Mr. Cheong discovers his wife rifling through their fridge, throwing all their meat products out, expensive cuts, slabs of eel, all the glorified steaks they had stocked up.

Her reason? Simply because of a dream.

The second part of the book titled ‘Mongolian Mark’ follows the husband of Yeong-hye’s sister, an artist and not a great guy either. Come to think of it, this book doesn’t provide the best selection of men.

Basically this artist convinces an emotionally unstable Yeong-hye to pose for him (naked) as a model because she has an intriguing birthmark shaped like a flower petal on her body. He eventually paints her body in a visually satisfying scene, and then sleeps with her. The two are discovered by his wife (her sister) who immediately puts Yeong-hye in a mental hospital. Nice.

The book escalates quickly, and the final part called ‘Flaming Trees’ is the most mysterious and enchanting section of the story. The fascination with human cruelty, particularly cruelty expressed by family members, is explored in peculiar and intense incidents. There is a focus on abusive loved ones and the natural human cruelty that exists in all of us.

Han Kang is an amazing writer and this is surely her most graphic book. The guilt and desire for self sabotage because of daily food choices is relatable for most people. The damage of meat eating has been an issue for years but gained more attention by media and pop culture recently.

Han Kang explained at its publication that while writing it she was “harbouring questions about human violence and the (im)possibility of innocence.” This can be seen easily in the final section when it seems all hope is lost and not only are certain characters doomed, but humanity is doomed.

Violent, at times gruesome, and downright disturbing, The Vegetarian poses questions about human values, eating disorders, depression and other problems in todays society. In the end the overall idea I took from the book was how really truly messed up human beings are.

I don’t blame the protagonist for quitting meat and wanting to be a tree.

While it isn’t the most optimistic book to read (it may trigger your old nihilistic despair), read it with a level head and an appreciation for strong, graceful writing and you won’t regret it.