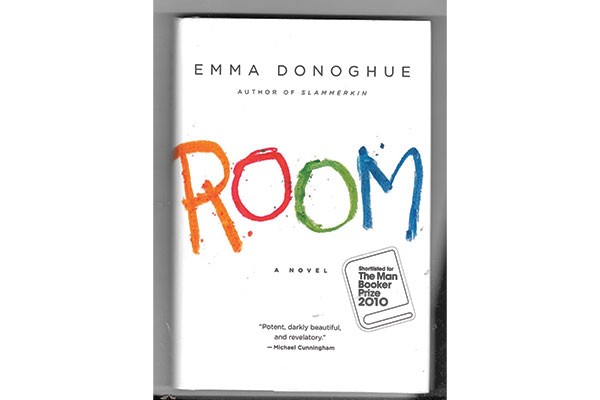 Winner of awards like the Commonwealth Writers’ Prize, and based on the infamous Josef Fritzl case of 2008, Room, by Emma Donoghue, captures everyone’s worst nightmare from a decidedly fresh perspective.

Told through the eyes of five-year-old Jack, who was born and raised in a soundproof backyard shed that he affectionately names ‘Room’, we are gently led through the day-to-day routines he shares with his Ma. It becomes clear that Jack’s perception of the real world extends no further than the walls that surround him.

Everything within the room is ‘real’, everything else is just known from TV, and the concept of outside is not understood. But when he turns five, his Ma tries to explain the world to him. Before Jack was born, Ma was kidnapped by a creepy stranger on the street, ‘Old Nick’. However, the main focus is not the brutality of the situation, but on Jack’s development through it.

The book is split into two sections: imprisonment and escape. While reading an entire book in a five year old’s voice got irritating at times (for example, his long winded descriptions of playing with something like a table or a lamp), it was more effective than an adult description, with his innocence and naivety hitting the heartstrings that little bit harder.

Donoghue writes Jack’s character wonderfully, showing us enough without being vulgar, while maintaining a realism and respect. Instead of presenting the case in a sort of serial/scandal form (the other books I’ve read about kidnappings, fiction or fact, have been pretty repetitive, not to say that they weren’t equally disturbing), Jack’s voice provides warmth and insight into the psychology of the situation. His relationship with the small world around him and his view of the real world outside of his reach, taught to him by his Ma, reminded me of the film Life is Beautiful—a parent covering up the horrors of their circumstances, using their own better judgment to protect their child’s innocence.

I would have liked to have learned more of Ma’s feelings, or gotten a taste of her side of things, and I thought the book ended abruptly with no suggestion of the overall fate of the two. Even though they find safety, the real world becomes the true challenge. Nevertheless, it was still it was a powerful read and made me fairly paranoid afterwards. This soon passed, and I have just gotten back to long walks by the harbour alone. Room focuses less on fear and more on the wonders of the outside world, and reading it encourages one to appreciate the smallest things, like fresh air, or the simple pattern of a leaf.