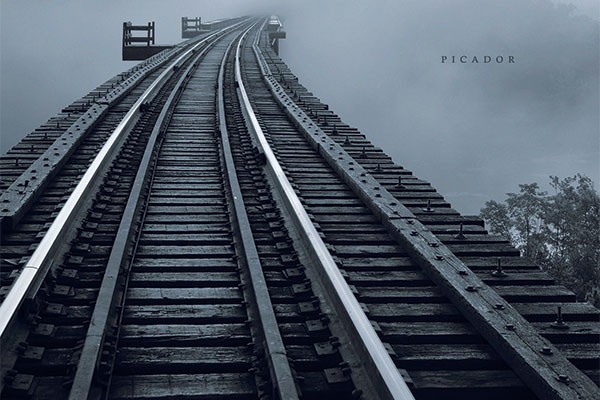 "Having a sister or a friend is like sitting at night in a lighted house. Those outside can watch you if they want, but you need not see them."

Following the lives of Ruthie, the narrator, and her young sister Lucille in the fictional town of Fingerbone, Idaho, Housekeeping by Marilynne Robinson captures complex female relationships. This lonely book begins with the graphic accident of a train crashing into a lake, followed by Ruth and Lucille’s mother committing suicide by driving her car into its waters.

While several relatives pass through in an attempt to care for the girls, the story really begins when their Aunt Sylvie arrives, bringing with her an unconventional way of ‘housekeeping’. This is, at first, appealing to the children, and the three become a tight knit group, taking walks together and going about their daily lives happily, though the girls constantly express fears that Sylvie will up and leave, as is her reputation. It becomes clear to the reader Sylvie’s mind tends to wander and she is not all together present with the girls. This alarms the traditional town and eventually the girls themselves. Sylvie takes long walks by the lake where her sister died, and at one point my heart stopped when Ruth and Lucille follow her to witness what appears to be a considered step towards jumping over the edge of a great height into the water.

It is around this point that Lucille loses her admiration for Sylvie and attempts to distance herself from her Aunt’s eccentric ways. In doing this she disconnects from her own sister. Lucille becomes as conventional as the townspeople, who continue to vent their concerns, while Ruth remains rebellious with Sylvie. In the end a decision must be made as Sylvie’s guardianship of the girls is threatened, and the pair hatch a plan to make for a new life.

Housekeeping is a mysteriously sad novel and speaks sweetly of sibling-hood, growing up and the feeling of displacement. Ruth idolises Sylvie and slips happily into their little family, while Lucille finds her place elsewhere, which is relatable to anyone whose close relative has chosen a path in life significantly dissimilar to their own. ‘Housekeeping’ goes beyond the domestic sense of the word, and acts as a metaphor for the struggles the characters face in maintaining the spiritual home that they eventually lose, the importance of family, and the desire to invent new routines, independence and a way of living that is controversial to small town opinion. What I admire most in this novel is the development of sisterhood and the slow but sure way Lucille pushes Ruth away, causing Ruth to cling closer to Sylvie. Their experience with abandonment is harrowing and I could hear the voice of Ruth in my head as she called for Sylvie in the wind. It is a book that reads like an echo in the hills on a stormy night and when I was done I had to go for a very long walk to clear the consuming feeling of isolation it evoked. This is a book to read if you are looking for challenging beauty and a new, transporting world. Robinson is a wonderful writer and I intend to read and review more of her work, though, sadly, she only has four works of fiction: greedy me will take what I can get.