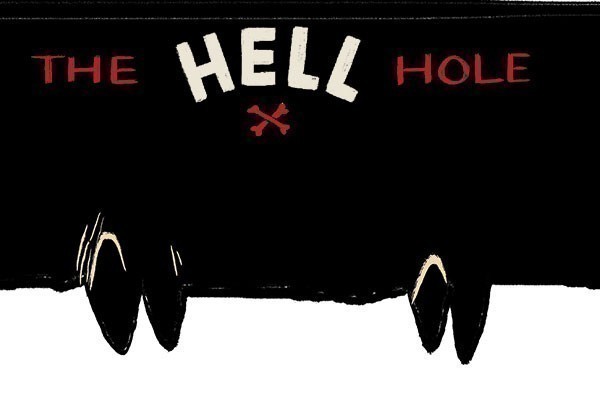 The Hell Hole | Things that disgust me

Cats with hands, kelp with hands, mould with eyes. Unanswered emails. Your toenail on your sheets. Falling into a wood chipper. A greasy coffee cup. Peeling your veins with a potato peeler. Balloons filled with mustard gas. Mugs with chipped rims. Teeth made out of porcelain. Anything smaller than a hand. Being very close to water without touching it. Food inside a heater. Shit in a tent. Giant sheets of paper. The eyes of birds and fish. Cuts healing over with bits of gravel still inside. Tables with three legs. Clocks where the second hand twitches in place. The cover of Issue 16 of Critic. A long single hair growing out of your asshole. Scissors too small to fit your fingers into. Looking too closely at grass. Covering yourself in leaves and rotting away. Pills that make you sweat. Not knowing what season it is. Living inside a giant ear. Hummingbird beaks snapping. People who smile with their teeth. The administration of the islands of Micronesia. Knives without handles. Crawling through square pipes. Having to think about mayonnaise. Removing a tiny shard of fingernail from your eye. Masticating chalk. Having to be an anchor for a ship. Being stuck inside a couch cushion. Sleeping on a sloping tin roof. If the surface of the sea was a thin film of skin. Replacing all the wiring in your house with noodles. A snake in a pit of Styrofoam. Open doors. Having wet feet. Hearing the phone ring while you’re masturbating. If all the flowers of the world turned into erect penises. Wrapping your eyeballs in cellotape. Everybody you know telling you to sleep in a rubbish bin. Looking at flags when there isn’t any wind. Vomiting into your underwear and then wearing them as you run a marathon. The idea that everyone might hate you if you were upside-down.

Automatic sliding doors opening for everyone except you.

Tags:   columns the hell hole things that disgust me