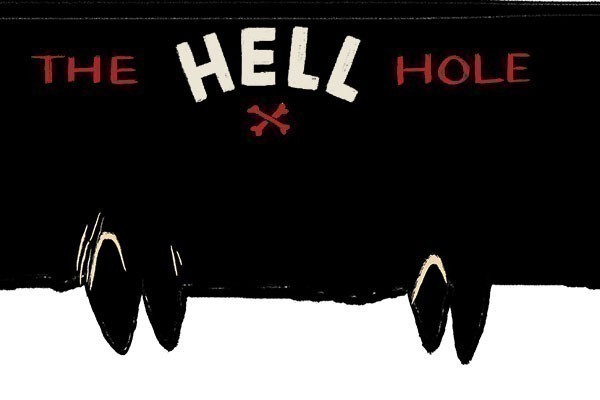 The Hell Hole | The Leader

Everyone was bright-eyed and engaged. The speaker, an older blonde-haired man in a suit, was standing at a decorated podium. His voice played over their heads from black, looming speakers. The crowd hung off his every word.

Anna rolled her eyes. He was talking about being united, making the country ‘great again’, whatever that meant. Her life hadn’t been too difficult up till now. He shouted, then paused, then spoke again in an excited whisper. The crowd moved forward, drawn by his fervour. Someone jostled Anna from behind. How much closer together could they stand? She began to panic. She’d be gone if she happened to collapse.

Anna couldn’t believe what she was hearing. Here were people from all backgrounds, rich, poor, in between, cheering for statements that they didn’t know the implications of. Surely more aggressive defensive policies meant aggressive discrimination? He was promising millions of soldiers to launch a pre-emptive strike. Millions of lives spent on attacking a nation unprovoked? Was no one getting this?

He wanted to increase the military’s funding, but they were at peace. He wanted an increase in the police’s fire-power and the government’s control over privacy. This man was a megalomaniac, playing off peoples’ fears. It would only end badly.

She looked around her. No one else seemed to understand. Couldn’t they hear what he was saying? She was no wiz on the country’s history, but this didn’t seem like a great leap forward. And he wanted them all to march with him later this week. She hated to think what might happen as this impassioned crowd marched down the street.

His reforms would affect the country’s most vulnerable; his laws would threaten women’s vitality; they would renew tensions that were just about resolved. She felt scared.

People started chanting the leader’s name around her. She felt her heart race in her chest. She had to get out. Now. She felt thirsty and anxious. The people around her were pumping their fists in unison. As the crowd’s cheers began to swell, the leader spread his arms, raised his face as if bathing in their ovation, and unfurled two black, leathery wings.