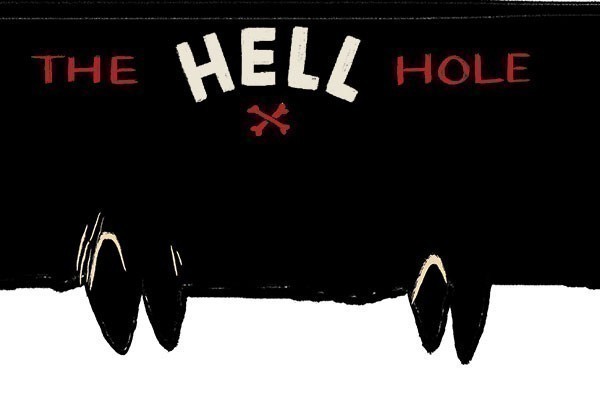 The Hell Hole | The Piss Baby

The contractions had started. The woman’s husband was at work, and she was at home, on maternity leave, waiting in boredom for the last weeks of her pregnancy to end. The thing she had longed for throughout the past eight months was beginning, but it was too soon. She had called her husband, but he wasn’t answering. The contractions were sudden, long, and close together. It felt like someone had reached inside her and was grabbing and twisting, trying to pull everything out of her. Then a hot watery substance seeped down her legs.

She sat down on the bed, pulled down her pants, and put a hand underneath her to feel what was going on down there. Pulling her hand away she expected to see blood and gore, she met only warm, clear liquid.

The liquid began dribbling again, then flowing, then gushing. A thick yellow stream sprayed hot into the air around her, filling her nose with the unmistakable smell of urine. She was pissing uncontrollably in volumes larger than anything she’d done before.

The gushing went on, and with it came convulsions of pain as strange muscles sucked and pushed deep inside of her. The piss heaved out of her. It rolled in waves down the bed, stirring the sheets into a sodden slime.

Finally, the flow tapered off. She felt a sweet rush of endorphins flood her body and a peculiar moment of calm came over her.

Then she looked down.

“My baby! Where is my baby?” screamed the woman. She clutched at the empty folds of her belly, the skin hanging down over her concave muscles, the empty place where her pregnant bulge had been. The months of sickness, the stretching, the sleepless nights, the anticipation, all gone – gone in a gush of piss.