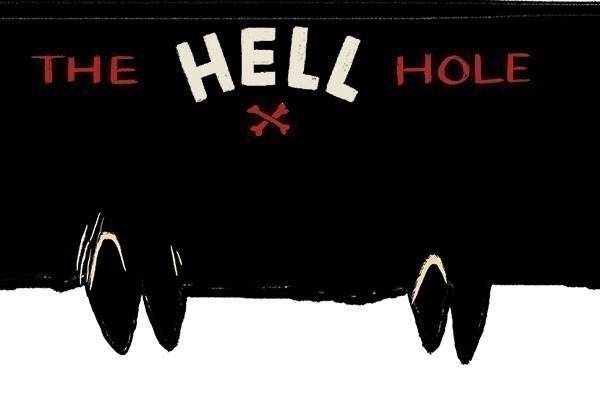 The Hell Hole | A Smothering Relationship

I’ve been having strange dreams lately.

When I moved into my flat I didn’t think twice about the trap door in my ceiling. It looked like it was for an attic, small and square, and it was sealed closed with paint. It didn’t have a handle.

The semester proceeded normally. The flat was warmer than the last, which was a bonus. I focused on my studies, eager to make my final year a good one. I had my boyfriend over almost every night so didn’t notice anything strange until I told him I needed a break. I was getting way too tired and assignments were piling up, so spent my first night alone. It took me a while to get to sleep; I felt restless and the room was too hot. But eventually I drifted into an uncomfortable slumber and had the strangest dream. The door in my ceiling moved, lifted open, to reveal a dark hole.

I stared up from my bed, frozen as though in a night terror, and watched as a moony white hand gripped at the edge of the hole. Out slunk a strange figure, thin and pale, and because I was so tired, it looked blurred. It hung from my ceiling and seemed to look at me, though I could not define facial features.

It remained there until I woke up.

The next night I forgot about it, and settled calmly into bed. But just before I closed my eyes my sheets suddenly felt tucked in too tight, there was no air and I could hear faint noises coming from the walls and the roof. Then, in sudden sleep, I dreamt my ceiling trap door opened again. It remained open for what seemed like hours. I waited, paralysed, ready for a fright, but it actually happened quite smoothly, the creature crawling out one limb at a time, like a spider. It came closer than my last dream, dropped itself to the floor and stood over me. I waited, thinking, “ok now, now is the time to wake up.”

But I knew I wasn’t asleep, not this time. His features became clearer, and I recognised the breathing - his breathing. And the face of my boyfriend, smiling down at me.

He pressed a finger to his lips before he scurried back and climbed up into his hole.