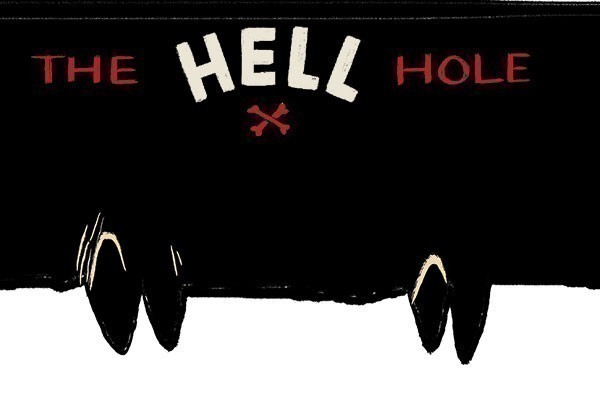 There was a tiny dot on the end of my nose; a single pore with a pinprick of yellow gunk. I scratched it, then, when it didn’t move, I squeezed it.

The sensation faded. I leaned in close to try to find the worm again, but couldn’t see it. I rubbed at my skin and scratched till it went red. I wanted the feeling back, but I couldn’t find the worm.

Then I remembered that some tapeworms can be coaxed out of the body with bacon fat. I fried up some bacon and rubbed it all over my face. It worked. The worm popped out to eat. It flopped around on the surface of my skin for a while, and I was worried it wasn’t going back in, but I found that if I chased it with my fingernail as though I was going to kill it, it would dive back in, and I’d get my shiver of delight.

The worm bred. I keep its offspring fed on bacon fat and what ever they are eating inside me. I stay home as much as I can. When I have to go out for supplies, mostly bacon, I wear gloves and a balaclava to hide my shredded skin. I have stopped going to work and socialising. I don’t need to. With the worms, I have all of the happiness I could ever need.