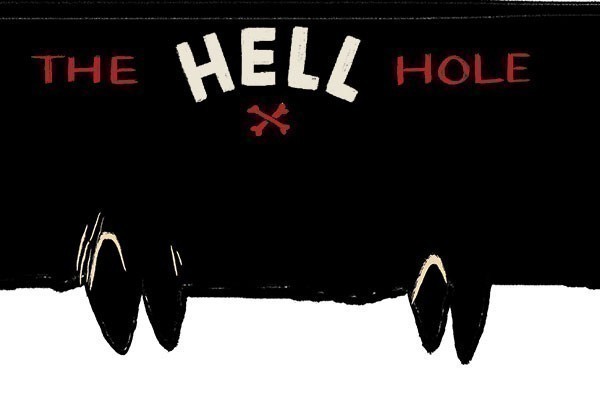 The Hell Hole | The Fog

He clung to the cold roofing iron and surveyed the land around him. It was clear but for the fog. He couldn’t see any movement among the old, tall buildings that sat, half-crumbled and smoking, and where he’d once been a student.

His arms ached. He’d been up here all night. He wished he could be back in his flat, where at least he could wrap himself up in blankets, but he was safe here. That was all that mattered. He would only move once he had a good enough reason to do so.

The collapse of the Central Library had been the start. It had taken everyone by surprise. The modern-looking glass front fell like a rope going slack and took half of the building with it, along with several hundred students. Then, as the wounded were being tended to, another building fell.

The rot showed no preference; it just announced itself with a groan, and then the building collapsed around you.

The rage was worse. He’d seen a young girl tear apart another student. He hadn’t stayed long to watch. It was hard, then, to know if thoughts were your own or affected by the gas.

He’d seen plenty of people just shrink into themselves and die.

This was not where he wanted to be. Everywhere he could see, the fog was present; it occupied the spaces that the students had left.

The building trembled again. He heard noises come up from below: footfalls, yelling and desks being scraped over to doors. Then a big boom.

The building groaned, like it was waking up from a long, long sleep. Someone screamed and he heard glass shatter. He slid down the iron and hurriedly searched for footholds. It was a long way down from the top of the clocktower. The building lurched, his legs dropped over the edge. He held tight to the ancient railings. He couldn’t quite get his foot to stay… There was a slow shudder, and he felt the clocktower lean to the right. His panic exploded. As he fell, he caught glimpses of academics standing at the broken windows, blood on their hands and stupid grins on their faces. Their black regalia put him in mind of angels of death.