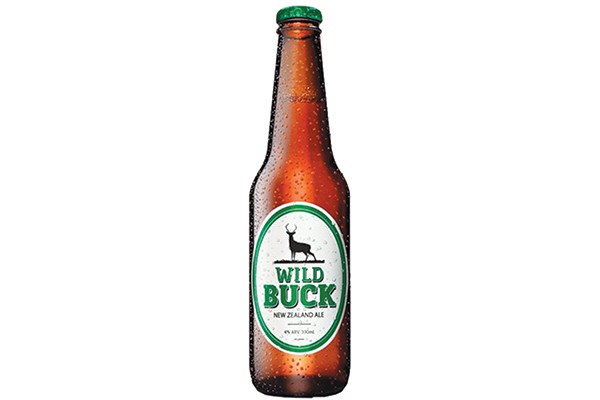 Wild Buck is The Most Scullable Beer in The Country

Wild Buck is beer from the good old days, when men were men, a spade was a spade, and it was possible to buy property in Auckland.

There’s a genuine argument to be made that Wild Buck was specifically designed to be the most scullable beer in the country.

Understanding the brewing science behind Wild Buck’s scullability means knowing a little about the history of beer culture in New Zealand.

In the late 1800s the most popular style of beer was the English Pale Ale, quite bitter and very strong. The original Speight’s would have been about 7%. Then, because of war rations, regulations limited breweries to below 4% ABV. Then came the Six O’Clock Swill, the early hours closing measure enforced on pubs for 50 years until defeated by referendum in 1967.

Men would head to the pub after a long day at the lead paint factory, smash back as much beer as humanly possible in the one hour they had before closing, then stumble home to beat their wives.

Brewers knew their customers would be drinking in a hurry, so they adapted their beers to fit. This bore the rise of the NZ Draught style of beer, a brown-amber lager noted for a sweet malty character and little to no hop character. Nowadays, many breweries have again tweaked the recipe to make the beer drier and slightly more complex — Speight’s being a prime example. But Wild Buck is true to itself and still holds onto the dreams of the 1960s.

Wild Buck is like your racist grandad. He knows who he is and at this point he can’t be bothered changing, so everyone’s just going to have to deal with that.

Aside from going down your gullet like a champ, Wild Buck should also be commended for its sexy green tins. If there’s one thing that Wild Buck tins beat everything else at, it’s Rhino-ing (opening a beer by smashing it against your forehead). Every other beer puts me near concussion; a Wild Buck tin only gives me minor contusions.