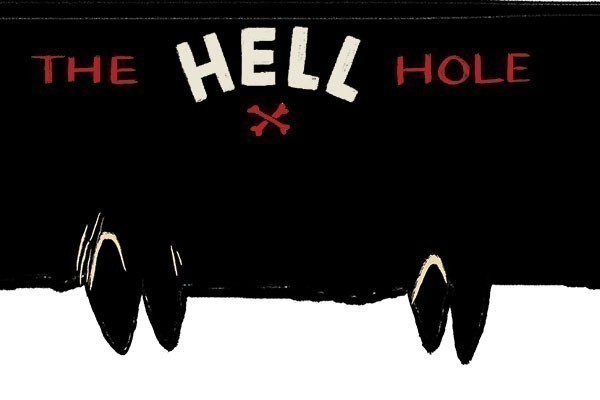 It was a warm day in December. A temperate breeze was beginning to pick up, but even the possibility of a turn in the weather could not dilute the Christmas-time joy in Dunedin. Craning their necks impatiently, the villagers scanned the horizon for a sign of the festivities promised.

The children were restless and there was an air of desperation mingled with anxious sweat. Somewhere deep in the crowd a toddler hissed. Thousands of tiny ears pricked up, tuned into the hissing of their young child master. Their eyes clouding over with frenetic bloodlust, the children turned on the village elders. Clawing and ripping, they unleashed their primitive desperation upon the hands that fed them, betraying the unconditional love of their mothers and fathers.

As the leading float careened down George Street, the first wave of young vultures descended upon it, dozens of red eyes flashing with Christmas lust. The carol singer was the first to be eaten, thrashing about as the children picked her bones clean. I didn’t feel emotion as I watched her writhe, listening to her hoarse screams. My eyes swivelled further along the street, as, one by one, each float was ambushed by the insatiable young predators. Methodical in their ways, they were clearly pack hunters - and they were enjoying each kill.

Finally, there was a moment of still. The children stood in the street, arms akimbo, panting and salivating with anticipation as the wind whipped around the streets. The faint sound of sleigh bells echoed through the streets. Every child in Dunedin turned its gleaming eyes towards the far end of George Street. This was it. This was what they had come for. Licking their lips, the swarm of youth paraded forward with a singular determination: to let Santa know exactly what they wanted for Christmas.