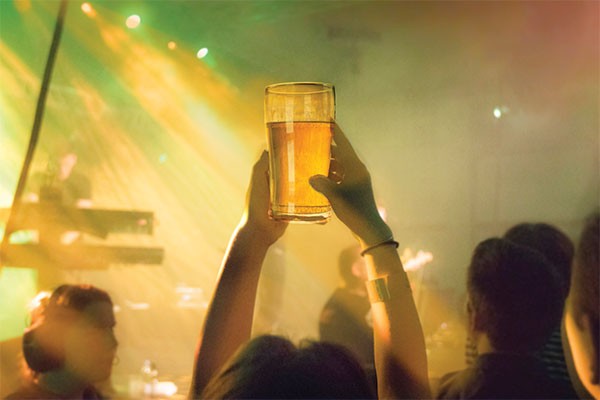 Who Doesn't Love a Shandy?

Imagine you’re on your third day of a bender, the hardest of the lot, the simple thought of starting to drink again is stifling while you lie in bed hoping death comes shortly. The strongest willed of the group are starting to get back on the horse as the sun beats through your curtains warming your face, making you uncomfortable and full of cotton mouth. You need something cold and refreshing, however the beer you have in the fridge will likely leave a puddle of human excrement on the kitchen floor.

The simple shandy comes to your rescue; you find a tall glass and pour in half of your beer topped up with some chilled lemonade. You feel your hangover instantly begin to fade; energy courses though your veins as you cook a large fry up washed down with another shandy. Now you realise you’re one beer down and the daemon you once dreaded is nothing to be feared, you make another as you slowly make your way into the harsh sun. The shit chat from the night before turns into banter accompanied by your favourite tunes. Before long you realise you’ve finished six of your beers and your hangover is but a distant memory. The faithful shandy has done its job. You’ve now been on full beers for a couple of hours now, the glint of the lemonade bottle catches your eye and you smile and think how grateful you are that you started off with shandy.

Shandy, a simple mix of half beer, half lemonade, is the Phantom Menace of the alcoholic beverage world. Under rated and hated on by beer and alcohol fanatics this simple drink is refreshing and delicious, a throwback to a simpler time when you were younger and felt like an adult because your parents let you have a shandy. Although it is near impossible to sustain a whole night on the booze with shandys, they do make an excellent pregame drink to help through the initial struggle of the first few beers. Dollars per standard depends on the beer that you buy and the lemonade required to mix. Because you are mixing the drink the beer can be awful and still achieve a pleasant outcome.

This under rated delight is fantastic option if requiring a refreshing drink on a sunny afternoon. A “shandy with the boyz” has become somewhat of a famed pass time. Though enter into such an arrangement with caution as, due to its low alcohol volume, large quantities must be consumed to achieve the desired symptoms: light headedness, dizziness and vomiting, followed by terrible life decisions and an abstract reality in which people appear more attractive than in the real world.

Tasting notes: Refreshing combination of cheap beer and lemonade all tied together with some pleasant nostalgia.