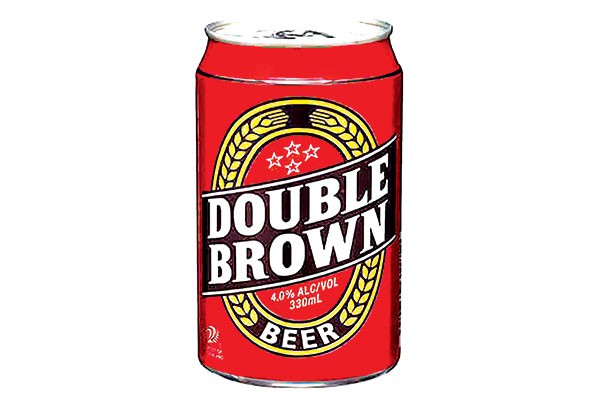 With its reputation preceding it, it’s easy to forget what to expect from a can of the big red. I opened my first with hesitance, afraid of what was to come. That first sip was tentative, shaky. I let it hit my tongue, the cool liquid washing over my tastebuds. Considering the malty sweetness, the mouthfeel, the minimal but still present bitterness, if I were to describe it in one word, it would be… fine.

Seriously, it’s fine. There’s nothing special about Double Brown, sure. But at the end of the day it’s a pretty boring, regular beer. It’s not going to win any awards, but it won’t kill you either. If you’ll drink Speights, Tui, or Wild Buck but won’t go near a DoBro, you’re nothing more than a consumerist sheep being controlled by branding and marketing, unable to form any opinions of your own.

The drop goes down pretty easy, especially when cold. It’s got a nice dark colour to it and a surprisingly pure clarity. Notes of Caramel and Manuka honey  balance out the bitter, almost sour finish. Known for its starring role in the classic kiwi Rom-Com Once Were Warriors, DoBro’s are as New Zealand as number 8 wire, candy cigarettes, and not annunciating the ends of words.

If you rock up to a party with a hearty 18 pack on your shoulder, you’re inevitably going to get comments ranging from “Ooh, you’re in for a rough night” to “Why the fuck would you buy that you moron?” Just brush it off and stand up tall. Your beer’s not that shit, and you saved a full $4. Totally worth it.

Froth Level: As frothy as a car wash