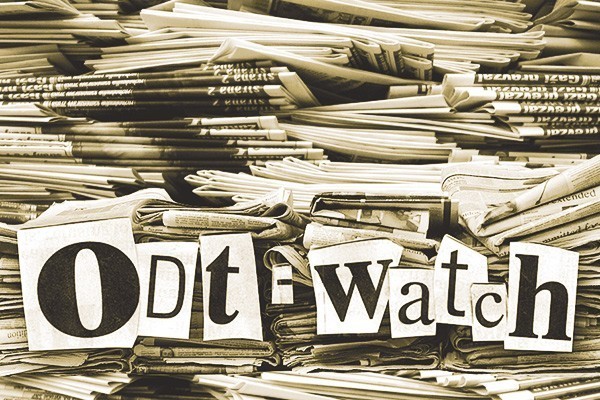 In “Scarfies Go Wild” this week, this old-boy appears to have done his OE on the extreme side. An Australian doctor, branded as the posterchild for ISIS, has been found to have previously failed first-year health science in Dunedin.

Oh look … another youth binge-drinking story in the ODT… lol.

If you aren’t on the best terms with your neighbours and they are starting to rub you up the wrong way, take note from this Dunedin man: the pensioner “doused his neighbour with a garden hose” after tempers flared during a high-pressure situation.

It’s 2015 and apparently jokes about women belonging in the kitchen are still used in headlines. Fear not though, this article was about a drought support event for rural women in Middlemarch.

Steve Hall took out the iD International Emerging Designer Award, alluding to the fact that Dunedin boys will be wearing samurai and ninja-inspired clothing in the future, rather than snapbacks and drop-crotch pants.

When a story about a house pig features in a local newspaper, you definitely know you live in New Zealand. Mosgiel’s latest celebrity, Pigeon the two-year-old pig, makes big headlines; obviously it was a slow news day.