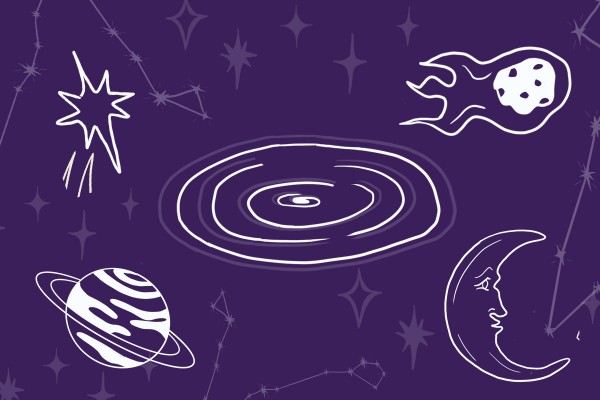 Some Astrology Bullshit About Chlöe Swarbrick

Jacinda Arden wouldn’t give me her birth time. But I figured that if any other politician had a CoStar it would be Chlöe Swarbrick, because she’s queer and vegan. I was wrong. Thankfully she’s a gem, and texted her mum for me.

Wondering whether or not to vote Green? Here’s what the stars have to say.

Uh oh, I didn’t expect Chlöe’s big sign to be Cancer. If any star sign deserves a swirly, it’s Cancer. They’re sensitive, moody babies and — like their crab fursona — will retreat depending on how thick their emotional shell is. Cafe Astrology dot com notes that some Cancers have developed an ability to manipulate others to get what they want, which is great if you’re a politician. George W Bush was a Cancer, so keep that in mind.

Despite Cancers being extremely pantsable, they’re very caring and hospitable. They’ll stick with you no matter what, and empathise with your suffering by working to reform the Misuse of Drugs Act when Aunty Jacindy confiscates your waccy baccy. They’re modern and non-conformist. Absolute sweethearts, even though they’ll cry at old people eating alone in McDonald’s and send you to Afghanistan.

Maybe we should listen to the grumpy old men in Facebook comments next time they call Greens sensitive snowflakes. Chlöe’s a Cancer, after all.

Your moon sign is who you really are when nobody else is around. It’s the manifestation of peeing in the shower, or picking your nose and having a little nibble. Chlöe’s moon sign is Aquarius, so she’s probably a fucking weirdo.

I mean that in the best way possible. Aquarius energy is the Hayward freshers I see practicing TikTok dances in their windows for hours straight. I don’t understand it, but I’m glad that they’re having fun. In saying that, Aquarius moons are progressive, willful, and humanitarian. Weird recognises weird, and Chlöe will fight for your right to be a freak.

Aquarius Moons often pride themselves on being cool-headed and detached, which is in conflict with Chlöe’s piss-baby Cancer Sun. As such, Chlöe must be conscious of losing touch with her emotions, alienating herself (and others) by identifying too strongly with what she aspires to be. Even girlbosses need to have a wee cry sometimes.

Your ascendant (or rising) is how other people view you. “Everybody seems to like Libra Ascendant natives,” says Cafe Astrology, who hasn’t met my boomer grandpa.

Libras have the best fashion sense of all star signs. Look at Chlöe Swarbrick’s pantsuits and tell me that astrology is wrong. Libra Ascendants are persuasive and charming, probably because of their excellent pantsuits.

Politically, the Libra mascot is a pair of scales that represent equality and fairness. Green Party policy is to “make sure everyone is treated equally.” Astrology = real!!!!!!!!!

Libras are great but be wary because My Scene Barbie is a Libra and she was a huge toxic bitch to Madison in Barbie My Scene Jammin’ in Jamaica and Barbie My Scene Goes Hollywood. DO NOT GO TO JAMAICA WITH CHLÖE SWARBRICK. She will stab you in the back.

Mercury represents communication and as we have learnt, Cancers express themselves with feeling. I am shocked that politicians don’t cry when people yell at them. Thankfully, Chlöe’s Aquarius Moon helps her to repress.

This one’s about Chlöe’s love life. Mind your business.

Mars is your desire for action, and rural children understand the primal fear of being chased through a paddock by a big cow. Chlöe might appear pretty chill for most of the time, grazing peacefully in her field, but a Mars Taurus’ power is tremendous when provoked. They’re determined and work hard — it’s their way or the highway. Drink from Chlöe’s milk, and become strong.

Jupiter represents your ethical standards, and Jupiters in Scorpio enjoy “all that is taboo or mysterious”, like the tantalising sexual tension between Judith Collins and Trevor Mallard. Politically, we can expect some interesting Green-endorsed fanfic.

This one’s about effort, and Astro Cafe says that Chlöe’s “feet and ankles may need extra attention.” Time to invest in a new pair of Allbirds.

Uranus is about egotistical liberty. Capricorns are powerful because they are amphibian, with mastery over both land and sea. Indeed, Chlöe’s “mission in society means everything to her.” Also, “she has so much power that one thinks nothing can defeat her.” Meet me in the Critic office Monday 19 11:00am, Chlöe, to settle this once and for all. Bring your fists.

Neptune represents the ocean, and Capricorn is half fish. Cleo from H2O Just Add Water is half fish, and ‘Cleo’ is suspiciously close to ‘Chlöe’. The stars recommend that Chlöe avoids water at all costs.

I thought we decided that Pluto wasn’t a planet anymore. I’m beginning to have doubts about this astrology thing.